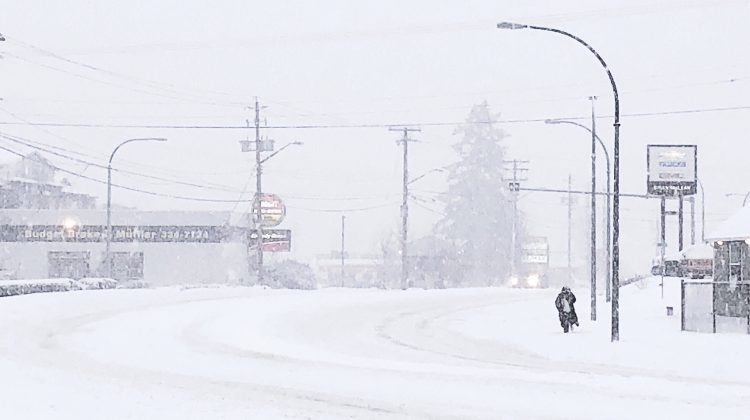 A man walks along Cliffe Avenue in Courtenay on the evening of February 10th, 2019, during a snowfall. Photo by James Wood/98.9 The Goat/Vista Radio

According to Environment Canada, a snowfall warning has been issued from Campbell River to Fanny Bay. The snow is expected to come this afternoon, and continue into Tuesday morning.

Snow in the amounts of 10 to 15 centimetres is expected, with the heaviest amounts falling overnight, though the agency indicated 10-15 was an average amount, with higher amounts possible along the island.

Drivers should prepare for rapidly changing weather conditions, poor visibility, and hazardous conditions along mountain routes. Use caution, and if travel isn’t necessary, stay off the roads.