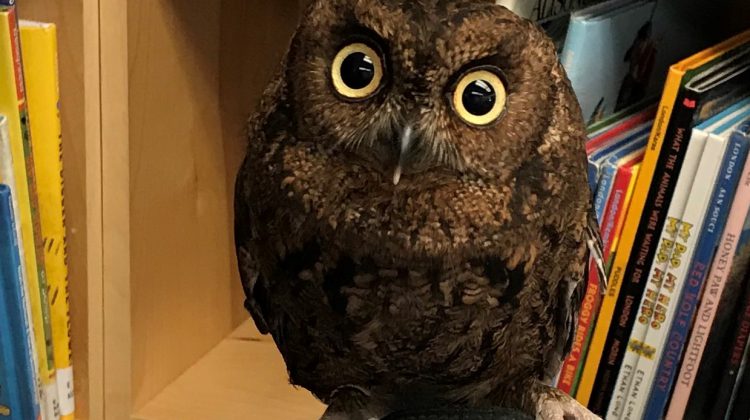 COMOX VALLEY, B.C. – Grade 3 students at Cumberland Community School have learned two valuable lessons in one project – the importance of community support through fundraising and the vulnerability of certain local animal species.

Pam Twin’s class embarked on a research project to study an animal indigenous to British Columbia, learning in the process that many are at risk.

“Many of the Grade 3’s found out that their animal was endangered and, at times, because of human activity,” explained Twin. “The students are aware that facilities such as MARS exist to help wildlife recover and wanted to support them.” 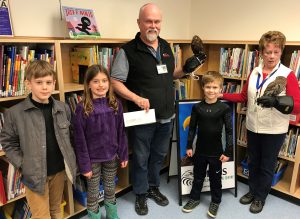 By selling ice-cream sandwiches, students raised more than $540 for two animal rescue organizations of their choosing, the BC SPCA and M.A.R.S. Wildlife Rescue Centre.

Recently, M.A.R.S. resident screech owls Otus and Lanei paid a visit to the Grade 3 classroom for an enriching experience that will further the student’s knowledge on the life and challenges of an owl.

“Our MARS handler, Rick, told the students that each of their resident owls eat one mouse a day and that each mouse costs $1.60,” said Twin. “They realized that cost to be over $500 per year for each owl.”

During the visit students presented the owls and their handlers with a cheque for $274.63. The students plan to do more fundraisers this spring and encourage others to donate to their cause.