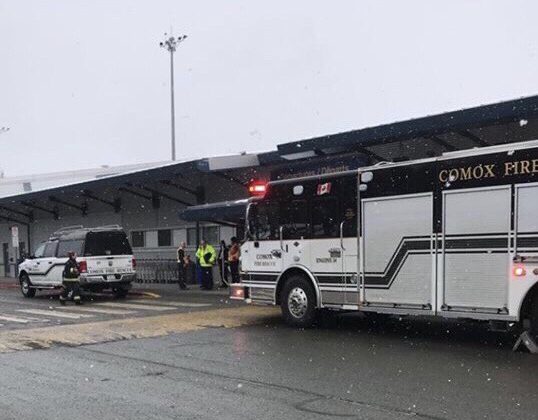 A photo of the evacuation, sourced from the airport's Twitter.

According to the airport’s spokesperson Erin Neely, the fire started in a toaster inside an office used as a breakroom.

Tweets from the airport’s account indicated that the evacuation was around 3:00 p.m.

An operations crew member knocked down the fire with an extinguisher, and the Comox fire department came by to do a walkthrough and air out the facility.

The evacuation was done as a precaution, while the smoke and odour from the fire went away. The airport has since returned to normal operations.

While no flights were affected, according to the airport, they apologized for any inconvenience caused by the incident.

Neeley also indicated that the damage from the fire was mostly contained to the toaster, which is no longer functional.