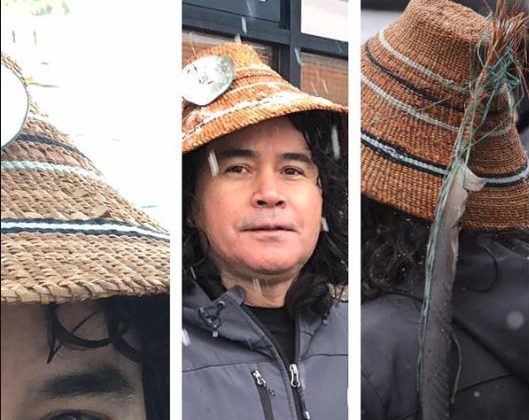 Awatin Aboriginal Art co-owner Ernie Smith is missing a traditional Nuu-chah-nulth cedar bark hat that was woven for him by his cousin Andrea Little. The hat was taken during a break-in at the store on Feb. 6. Facebook image

The co-owner of Awatin Aboriginal Art said among the items stolen during a break-in at his Campbell River gallery two weeks ago was a traditional cedar hat made for him by his cousin, Andrea Little.

Smith said the Nuu-chah-nulth cedar bark hat is dressed with a large abalone shell and a sacred eagle feather.

“I hope I get it back. It would be really nice to get my hat back.” 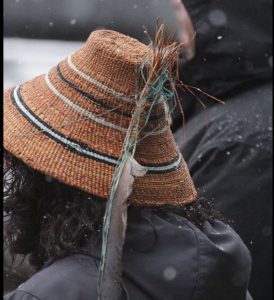 Another view of the stolen cedar hat.
Facebook image

Smith said a friend saw the hat for sale on a website in Nanaimo but it was quickly removed.

“They must have saw my posting and they took it down quick,” he said.

The break-in occured in the early morning hours of Feb. 6. The store re-opened the day after the break-in.

Whoever entered the store smashed three windows while damaging a $4,000 door created by Michael Price, as well as a “beautiful print” made by Mark Henderson, according to Smith.

He still holds out hope that both the hat and the culprit(s) are found.

“They sure made a lot of damage and we were cleaning up glass all day and all night,” Smith said.

Anyone who knows about the hat’s whereabouts, or has information on the break-in, are urged to call the RCMP.