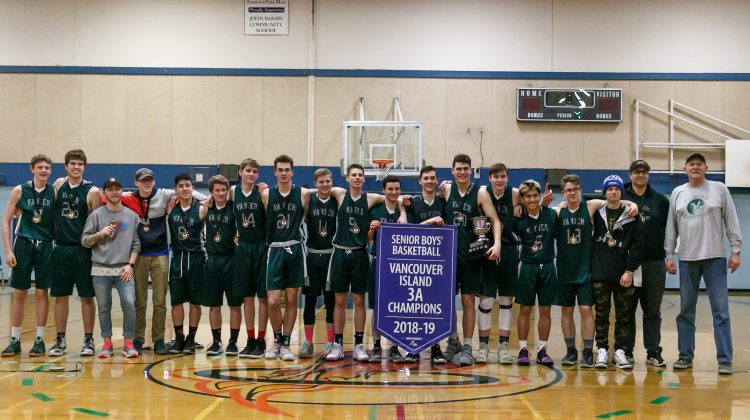 COURTENAY, B.C. – Two days after his G.P. Vanier Towhees won the Vancouver Island senior boys basketball title for the first time in the school’s 50-year history, Larry Street pondered the question: “How does it feel to be part of history?”

The Towhees’ veteran head coach answered, “Well, we’ve been searching for it for the 25 years I’ve been here. This group that has done it… they also won the Islands at the Grade 9 and Grade 10 (level) so it’s not as new to them, but definitely it’s a great feeling for the school.”

The Towhees earned a spot in the final by downing Campbell River’s Carihi Tyees 72-52 in one of two semifinals played on Friday.

There was a distinct Comox Valley flavour among the Island’s top four.

The Mark Isfeld Ice won bronze after defeating the host John Barsby Bulldogs 76-49 in the game deciding third and fourth place on the Island.

The season continues, or more like culminates, for the Towhees, Roadrunners, and Ice. All three are bound for the Langley Events Centre, where they will take part in the prestigious B.C. senior boys Triple A basketball championships. 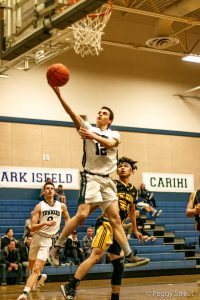 The provincial tourney runs from March 6 to 9 at the LEC.

“But we both get to go (to the LEC),” Street said, about the Towhees and the Ice. “It’s cool because all the kids know each other so well, they’re just a couple miles down the road, and I think it’s great for Courtenay.”

Throughout the year, the Towhees were always on the edge of the provincial top ten rankings while the Ice were always in the mix, based on their strong record.

“But our team… they’re all Grade 11s,” Street said. “There’s one Grade 12 who contributes but they’re all very young, so it took us three-quarters of the year to figure this out. Now I think we’re a legitimate top 10 contender.”

Street, who has been to the provincials five times with different teams over the years, said this year’s edition of the Towhees have the potential to surprise at the provincials.

“I think we can do some damage,” he said.

At an individual level, Vanier’s Jacob Tortrelli was not only named the tournament’s Most Valuable Player, he also took home the Best Defensive Player award.

“Our whole starting five contributes in leadership,” he said. “It’s really all 12 kids. They’re all just so close, they pull for each other, so I can’t say there’s any one big leader. They all contribute in their own way.”