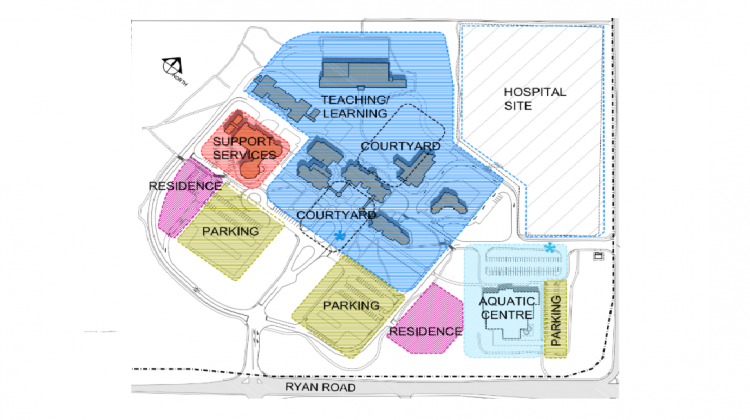 A draft where the new residences could me

COURTENAY, B.C- More student housing could be coming to North Island College in the near future.

According to John Bowman, the president of the college, the housing they’re looking to build will hold 148 beds for single students, and 20 beds for families.

He expected the overall cost to be between $28 to $32 million, factoring in including environmental sustainability requirements. Not only will environmental concerns be a topic of discussion, but also the cost to provide services to the buildings including, heat, water, and electricity.

Another thing the college is considering is where to put the project.

Multiple locations have been discussed including the land next to the Comox Valley swimming pool, on the south east side of the current campus footprint.

The other location is for the south east side of the campus near the support services building. Bowman says, despite not having things set in stone as of yet he hopes to have everything ready to go by this fall.

“We are optimistic that were going to have a plan that can go back into the provincial government later this year we anticipate hopefully by June and we’d be looking at possibly getting an approval and confirmation of the project going forward early in the fall.”