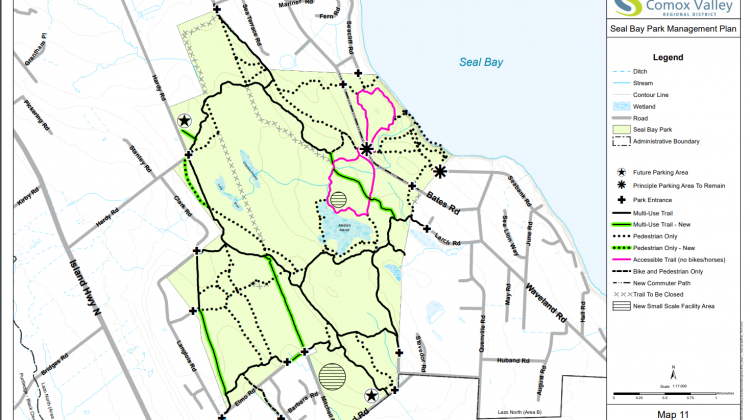 COMOX, B.C- Seal Bay Regional Park will be changing over the next year according to the Comox Valley Regional District.

The plan will also include changes to the trail network, with four new trails hoping to be added. The trails are mostly going to support multi-use but one pedestrian only trail is expected to be added.

It would come with some downfalls as well, as there are plans to close three trails in order limit human disturbance within the newly added conservation zones.

The Comox Valley Regional District Board has a meeting tonight at 4:00 p.m. to discuss the project further.

If you would like more information on the plan and what changes could be coming visit, https://www.comoxvalleyrd.ca