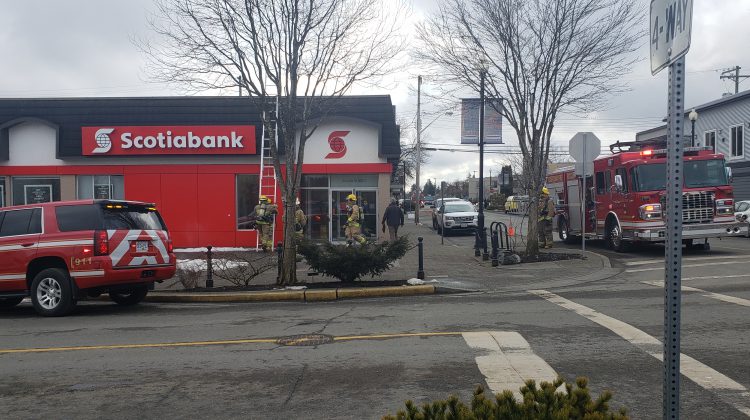 COURTENAY, B.C- Fire crews were seen at the Scotiabank in downtown Courtenay around 11:30 this morning.

The Courtenay Fire Department received a call this morning in regards to a possible structure fire at the bank along 5th Street.

Two firetrucks were called to the bank and once arriving on scene they blocked traffic on England Avenue south towards 6th Street. Pedestrians were able to continue walking by.

The crew used ladders to reach the roof of the building and after only a few minutes returned to their trucks.

According to the Courtney Fire Department, after further investigation, it turned out to be nothing.