BC Hydro to periodically block Puntledge penstock corridor in May 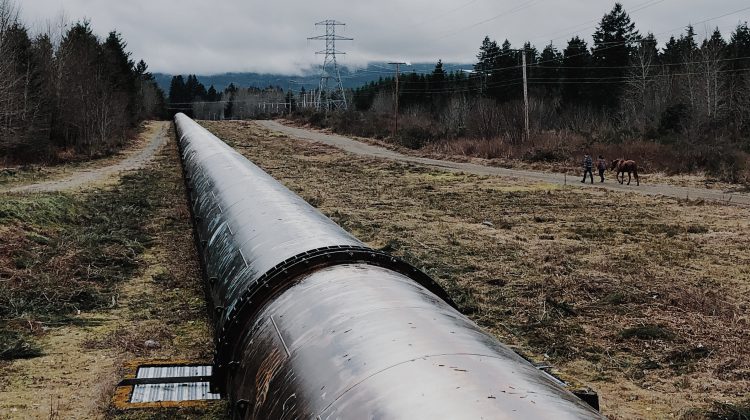 The Hydro corridor is pictured on January 27th, 2019. Photo by James Wood/98.9 the Goat/Vista Radio

COURTENAY, B.C. – BC Hydro is putting out notice that that starting this spring, access to the Puntledge River hydroelectric penstock corridor lands will be blocked at times while upgrades are being done to the penstock.

The penstock is a five-kilometre long pipe, which is about 12 feet in diameter, that runs down to the powerhouse where water enters the Puntledge River.

“That penstock corridor is an operational area, and B.C. Hydro has a planned upgrade to the penstock,” explained BC Hydro spokesperson Stephen Watson. “We’re going to be re-coating it to protect the steel from things like corrosion. That work will start in the spring and go into 2020.”

Work will involve power-washing and abrasive blasting to remove material down to the steel itself. In the process, graffiti will also be removed from the penstock.

While the work is being done, BC Hydro will need to close the penstock corridor off in certain sections for public safety.

“We have site signage in place, and that will be updated, but it could start as early as May of this year,” Watson said.

According to Watson, the lands are an operational area where public vehicle access is not permitted, and where no ATVs are allowed, either.

In the past, BC Hydro occasionally blocked off access to the penstock corridor for various maintenance works and capital projects.

“An example was the recent removal of the old concrete penstocks that were a safety hazard,” Watson said.

“People were respectful of the weekday day time closures and we appreciated that – people found alternative walking areas during that time.”

The corridor is well used by the public, even though it isn’t technically a public park.

“We certainly understand why the public accesses it to go to certain areas,” Watson said. “It’s a nice place to walk. So as long as people continue to be appreciative of our land and respectful of what’s happening there, we see that continuing.”

And while there are no plans to cut off access generally to that area, it will be closed at certain times during construction activity.  During that time, temporary safety/closure signage within certain areas of the corridor will be in place.

“There’s some speculation in the community about certain lands and what can be used for access,” Watson said. “BC Hydro is not closing off our penstock corridor for general use. That use will be allowed to be allowed to be continued as long as people continue to be respectful of our land, but there will be sporadic closures during construction work, whether it’s maintenance (or) whether it’s capital projects.”