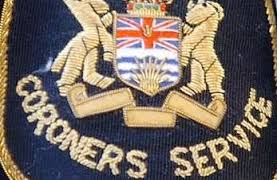 The BC Coroners Service has now confirmed the identity of a man who died in a head on motor vehicle incident south of Courtenay at around 9 AM Monday morning.

Vanderhorst was driving northbound on the Inland Island Highway 19 between Fanny Bay and Courtenay when he lost control, careened over the median and slammed into a southbound tractor trailer.

As for whether the driver was impaired behind the wheel?

The BC Coroners Service and RCMP Traffic Services continue to investigate that deadly crash.