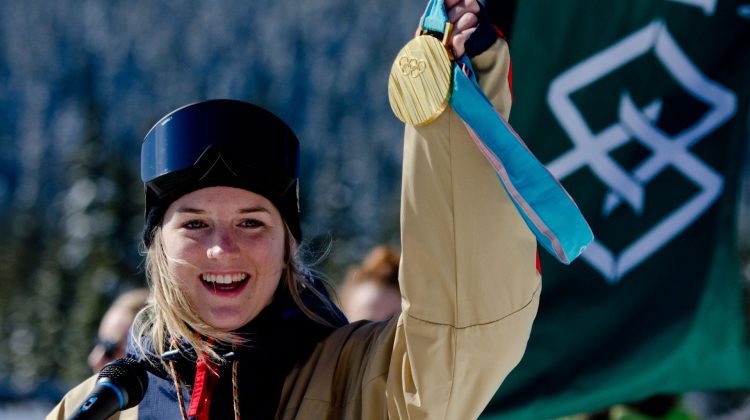 MAMMOTH MOUNTAIN, CALIF. – Chalk up another mammoth performance from the Comox Valley’s golden girl over the weekend.

Cassie Sharpe skied to a gold medal at a freestyle skiing World Cup event on Saturday at Mammoth Mountain, Calif.

The reigning Olympic champion used her second run score of 95.60 to win gold, outpacing Estonia’s Kelly Sildaru and China’s Kexin Zhang to stand at the top of the podium.

Canada's Cassie Sharpe put down an absolutely huge final run today at Mammoth with left and right 1080's for arguably the best run ever in ladies' #halfpipe! The win secures her second consecutive crystal globe! pic.twitter.com/ZapJlAXzWi

Last year, she captured her second XG medal in Aspen (bronze, SuperPipe), won Olympic gold in PyeongChang, and then clinched the Crystal Globe for halfpipe.

A year ago this month, one of Mount Washington’s alpine resort’s trails, Go for Gold, was renamed Cassie’s Gold in honour of Sharpe.

At the time, Sharpe said, “It’s been really overwhelming in the best way possible, just having the love and the hugs and signing things for kids that are stoked on skiing and snowboarding, it’s just been really humbling.”