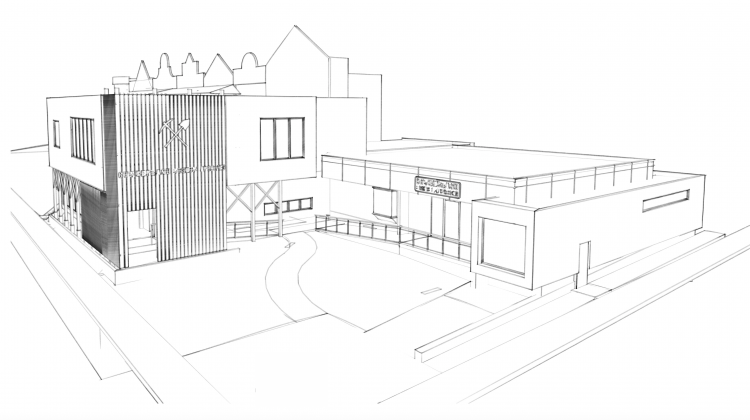 A sketch of the expansion-Cumberland Museum and Archives

At the February 25th Village Council meeting, The Cumberland museum and archives pitched an idea to expand the museum.

Many additions to the building were in the presentation including increased storage space for the collections and archives, a research room for the public, and the addition of a community multi-use space for youth programming. They also want to add an administrative office that will accommodate the museums future growth.

The project is a partnership between the museum, the Village of Cumberland and the Y.P. Heung Foundation, but it’s still in the early feasibility stage.

They plan to work with the federal, and provincial governments to receive grant money that would help alleviate costs for the proposed expansion.

Many council members seemed to be on board with the idea, and Cumberland Mayor Leslie Baird, was excited to see the presentation as well.

“I think the people of the village will be very excited to see the proposal that they are putting through, its a very huge addition to the museum.”

The museum is still in the early stages of the project, but they hope to move forward later this year.