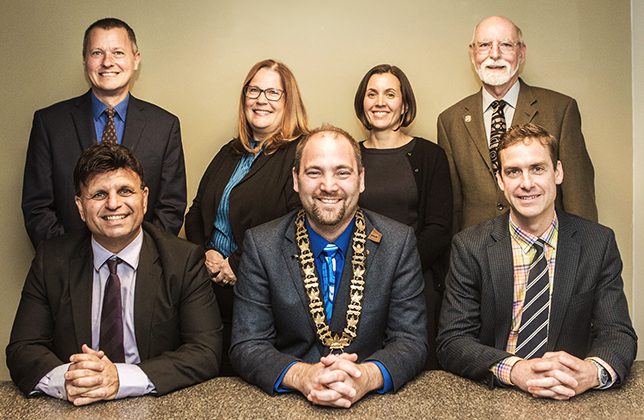 COURTENAY, B.C- Courtenay’s city council has laid out what they want to achieve over the next four years.

Since late February, council had been working on figuring out what they wanted to set as priorities for the duration of their term, with a draft plan coming forward at the end of last month and being carried forward into March.

At their last meeting, they approved the final list of 28 strategic priorities, which include the issues of housing, public health, community planning, arts and culture, relationship building, and asset management, among others. 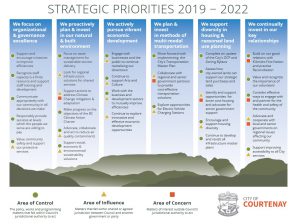 During the process of setting those priorities, councillor Manno Theos voiced concern about possible costs from the goals laid out by council, such as the implementation of a master plan for transportation that’s still in the works.

Mayor Bob Wells believed that everything contained in the goals was feasible.

“We’re not necessarily saying we’re going to build a new bridge, or do anything very specific,” said Wells, in February.

“We’re saying what are our priorities, and as opportunities present themselves, then we can actually have that debate that we allocate funds to this, or maybe we can’t, based on our priorities. That’s where we’ll have good healthy debate.”

As for whether or not it would be fair to lay out the goals without funding already in place, a point which had been raised by Theos, Wells indicated that inclusion of a goal didn’t necessarily mean full completion.

“We didn’t say that we are going to do everything that is in the transportation master plan,” said Wells.

“What we said is that we’ll begin to implement it. That plan comes forward, has input from community, council staff, they’re not saying they’ll say “write a blank cheque and make it so”, they’ll then check to see what they’re willing and able to pay for.”