Local breweries facing off for fundraiser 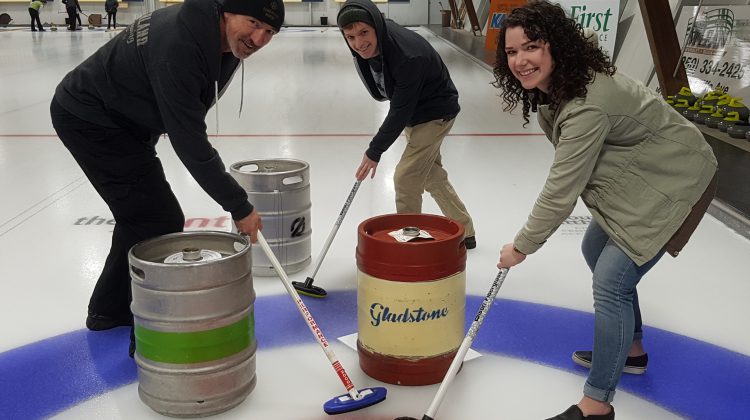 The Comox valley curling club is welcoming everyone to the Battle of The Breweries Keg Curling
Fundraiser.

The fundraiser will feature a weekend full of events for all ages and skill levels, and will be taking place March 22-24th at the Comox Valley Curling Club.

The Pro’s verses Joe’s Funspiel is a brand new event that is specifically aimed to give less experienced curlers a taste of a weekend bonspiel.

The Cumberland Brewing Company, Forbidden Brewing, Gladstone Brewing, and Land & Sea Brewing will face off and use actual kegs as rocks in a curling game Saturday evening.

For the three day duration of the event the CVCC will donate 50 cents from every pint of beer
sold, as well as hold a 50/50 and other prize draws.

All money raised will be for the Comox Valley Coldest Night of the Year in direct support of the CV Transition Society.

Kieth Parry, Manager of the curling club says it was a great way to close out the season.

“For the end of our season we figured lets try beer keg curling, and make it a fun spectator event and raise some funds for a great cause.”

The Battle Of The Breweries Keg Curling Fundraiser is open to the public and free of charge. Visit https://comoxvalleycurling.com/ for more details on the event.