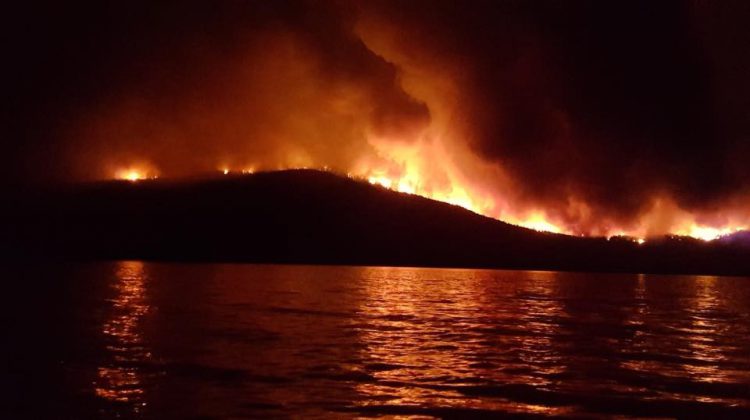 Southside of Francois Lake from the north shore during 2018 Wildfire season, photo from Clint Lambert.

After the two worst wildfire seasons on record in BC, the government has announced a new plan of action for preventing another.

Doug Donaldson, Minister of Forests, Lands, Natural Resource Operations and Rural Development announced this morning that the government will be increasing spending on prevention strategies by 50%, up to $101 million annually.

“We’ve taken a hard look at additional steps we can take to not only prevent wildfires, but also enhance our response on the ground during wildfire season,” said Donaldson.

“Our base budget for wildfire spending has increased by 58%, and we’re accelerating prevention and prevention awareness programs.”

Other important advances over the past year include building stronger working relationships with communities, First Nations, the forest industry and other stakeholders.

According to a release sent from the province, the additional funding will help the BC Wildfire Service add more crews, enhancing aerial capacity and including innovative technology and spending more on fire prevention activities, including a more comprehensive prescribed burning program backed by an initial $10 million.

New technology, including night vision goggles to better aid in early detection and response, will also be piloted this summer.

Other important advances over the past year include building stronger working relationships with communities, First Nations, the forest industry and other stakeholders. The changes support the recommendations of the independent Abbott-Chapman report.

* The $50-million Community Resiliency Investment program was established in September 2018 to help local governments and First Nations lower wildfire risks around their communities. As part of Budget 2019, an additional $10 million has been added, for a total of $60 million. Results from the first application intake will be announced by the end of March 2019.

* The B.C. government has increased funding under the Forest Carbon Initiative by $13 million over the next three years, allowing it to take advantage of matching funding from the federal government. This money is used for reforestation and restoration initiatives that not only capture carbon, but also reduce wildfire risks. This funding is in addition to the $235 million provided to the Forest Enhancement Society of B.C., of which nearly $180 million has been allocated.