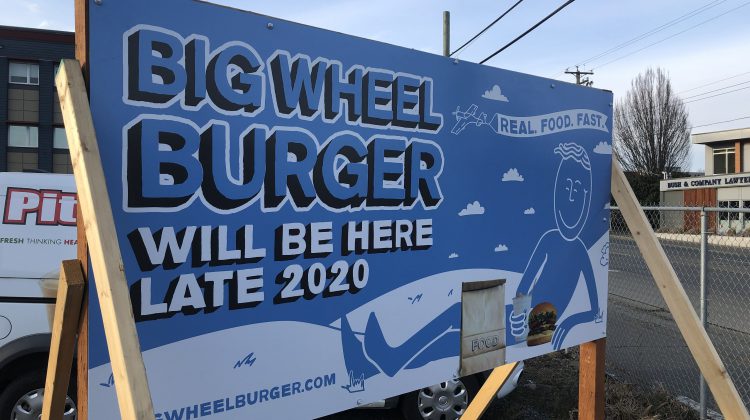 COURTENAY B.C- Big Wheel Burgers is coming to Courtenay, and they plan to have housing for residents.

The new location, aimed for the vacant lot at 10th Street and Cliffe Avenue, plans to add rental units as part of the building, something founder Calen McNiel says could help employees and residents.

“We’re going to have another rental unit beside it and then anywhere between four, eight, to maybe 12 residential units for rental. There’s a rental shortage in Courtenay I believe, and so were hoping to fill that gap.”

McNiel added that with the three locations in Victoria, a Courtenay expansion was always in the minds of management.

“It was always a part of our plan, I think the demographics in Courtenay match our brand quite nicely, Courtenay seems like a logical place to go, we’re pretty excited about it.”

Big Wheel Burgers also plans to open a location in Nanaimo in early 2020, with the idea of having a total of three on the North Island.

“We would probably like three up island, we’re a Vancouver Island local company, we love the island and we love the people.”

McNiel didn’t say if the Nanaimo location will have housing as well, but it is expected to open around the same time construction will begin on the Courtenay location.

The next step is finishing the design for the building, which is expected to be complete by mid to late summer. Then an application for a building permit will be submitted to Courtenay council.

A sign talking about the coming building is already at the lot.