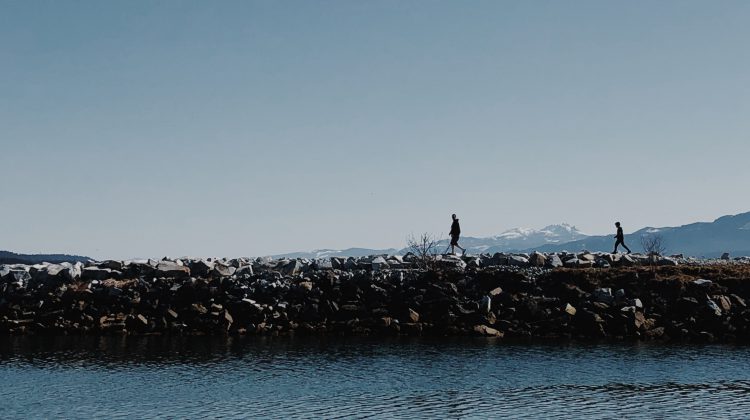 Northeast Vancouver Island is experiencing record or near-record warmth, with a strong ridge of high pressure hugging the region.

A total of 42 records fell across the province on Tuesday, including a couple on the North Island.

And there is the potential of even more heat records falling by the wayside today.

Tofino was Canada’s hot spot on Tuesday, with the seaside town hitting 24.5 degrees, shattering the previous record set in 1928.

Environment Canada meteorologist Carmen Hartt said a persistent ridge of high pressure that has dominated much of B.C. this week has mixed in with milder air to create summer-like conditions.

The system is expected to weaken, with showers arriving Friday and continuing into Saturday before the sunshine returns on Sunday.

“By the weekend, we’re in the low teens but that’s actually normal for this time of year,” Hartt said.

According to Hartt, the long range forecast also calls for temperatures that are warmer than usual.

“All of our guidance is showing a mild trend,” she said. “That means temperatures (that will be) above normal, and normal for April is usually in the low-to-mid teens for the northern half of Vancouver Island anyway, so it looks like we’ll be on the warm side of that, so we could be a couple degrees above that, overall, for all of the spring.”

Hartt said there is a “pretty good confidence” that island residents will be in for a mild spring and warm summer.

This means that there will be a slim chance the region will be seeing any more snow, which is a huge swing from February, which was one of the coldest on record in many parts of B.C., including northeast Vancouver Island.

Last month, the average temperatures dipped four degrees below normal during the month, as a polar vortex sat down on the region and wouldn’t leave.

The Comox Valley shivered through the fifth coldest February on record.