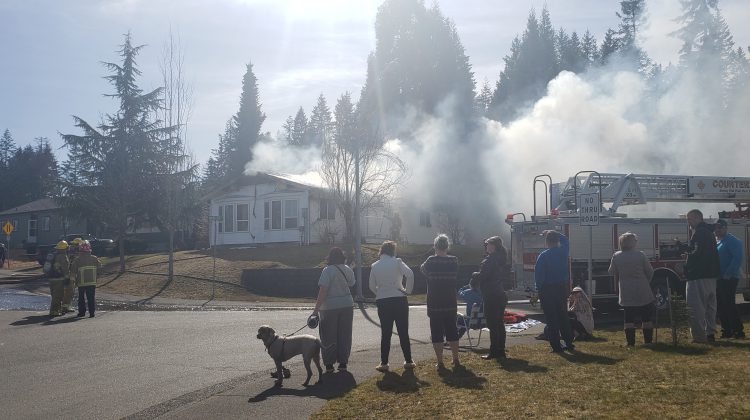 The fire is pictured in a file image.

That’s according to the Comox Valley RCMP, who were called in to assist with the investigation.

Fire crews had been called to 2179 Morello Place just after 1:30pm on Saturday afternoon.

Upon arriving on scene they witnessed flames coming from the roof of the building.

The fire is believed to have started on the outside of the house, then spread to the roof, causing it to collapse, according to fire chief Don Bardonnex.

Police investigators have examined all of the evidence at the scene and determined that the fire was not suspicious in nature.

There is no information currently available on the cause of the blaze.

-with files from Jon Gauthier