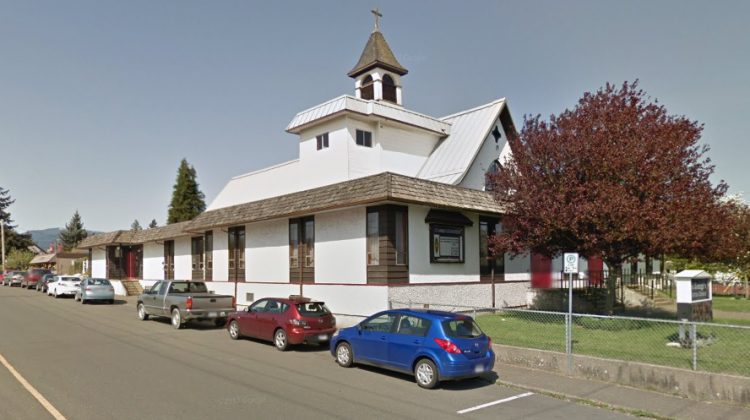 The exterior of the church, sourced from Google Maps.

COURTENAY, B.C- A church in downtown Courtenay is looking for help.

According to a letter attached to Courtenay’s council agenda for March 18th, 2019, St. Georges United Church is looking for city funding of $25,000 to support a renovation of their kitchen, and two adjacent washrooms.

Due to the timing of their renovation, it doesn’t fit with the city’s schedule for grants, making the request for funding “extraordinary”.

Included in the church’s letter is a mention of their Sonshine Lunch Club, which serves hot meals five days a week out of the kitchen for the past 23 years. It regularly serves 100 to 130 homeless or disadvantaged residents of the Valley.

The project is short $21,700, and the church strongly believed the volunteer services it provided warranted financial assistance from the city.

When council discussed the matter, they put off an immediate approval of funding, instead asking staff for a report on how much money would be available to them for use.

They also decided to send the church a letter, directing them to ask other municipalities for funding as well.

After the meeting, Mayor Bob Wells touched on a recent funding $35,000 boost the city had done for the Comox Valley Coalition to End Homelessness, comparing that to giving the church funds.

“We did that kind of on behalf of the whole Comox Valley, because everybody benefits from that,” said Wells.

“At that point, we did ask others, if they’re happy they can put money towards this as well, that was from council direction. So far, we haven’t had any takers on that, so, you know, at this point, it’s sort of, we have to see where we’re at anyways, and while we’re doing that this gives the church an opportunity to go to the electoral areas, the Town of Comox, the Village of Cumberland, and say this is a service that is really benefiting the entire Comox Valley, so from our perspective, Courtenay can’t be the people that are always paying for everything.”

Wells also indicated that council asking for a report wouldn’t be a denial of the ask.

Nancy Milliken, the chairperson for the church’s property committee, said that consideration of the ask was “fabulous”, and indicated that a funding application has also been submitted to the Comox Valley Regional District.

She also believed the view that the church’s programs benefited the Valley as a whole, while touching on the impact to Courtenay.

Council will be discussing the matter again in April.