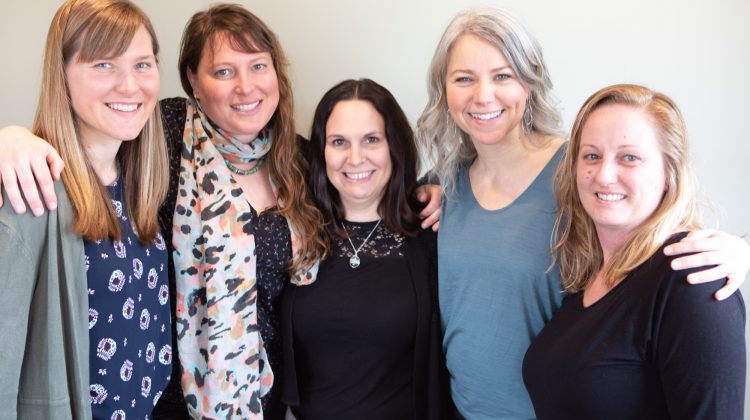 COURTENAY, B.C- The Comox Valley Midwifery clinic is moving to a new home and getting a new name.

The long-running clinic will be moving over to 544-4th Street in Courtenay, updating almost everything during the move.

The brand-new clinic is just around the corner from the original, at 343 Third Street Courtenay opening on April 1st.

“We are changing the name of the practice and a part of that is just inspired by the big, beautiful cedar tree standing right in front of the house,” said midwife Beth Ebers.

“When we all first walked up to this house and saw this tree standing guard right out front, we were inspired.”

Ebers went on to explain the meaning behind cedar trees, including all the benefits the tree can bring. Those included medicinal properties, shelter and cultural associations. She also explained how the cedar protects all the seedlings in the forest, comparing it to the job as a midwife.

“The new house has a very homey-like feeling just like our old space did, which is really important for us,” said Ebers.

“We really like women and their families to come in and just have a cozy space to be.”

They will also be launching their new website the same day as their move.

“It was time for an update.” said Ebers.

The clinic itself has been open for about 30 years and has helped hundreds of families.

The clinic will be holding a baby group every Monday for all the clients to come together and make connections with other families.

According to Ebers, the clinic has done this for years but now it will be hosted on the top floor of the new location. The bigger space will include comfortable seating and more space for families to mingle.

Ebers said all these changes are for the families that come seeking support and help.

“Midwives care for families through pregnancy, they provide all the clinical care that they would need,” said Ebers.

“All the medical clinical side of things like ordering blood work, ultrasounds and monitoring the well-being of the mother and the baby.”

Midwives are also present during the birth of the babies; their role is to “catch” the babies.

Ebers said they use the term “catching”, rather than delivering, because they believe the mother is doing all the delivering. They take on the medical side of this as well as supporting the family during this step.

Midwives are also present after the baby is born.

Ebers has been a midwife for around twenty years herself and has been a part of many family’s journeys.

“It is such an honor of being a part of people’s lives as they are going through that transition,” said Ebers.

“I think when you are in labor you are at your most powerful and must vulnerable. It is such a privilege to be with people at a moment like that.” said Ebers.