UPDATE: Everyone accounted for after Cona Hostel fire 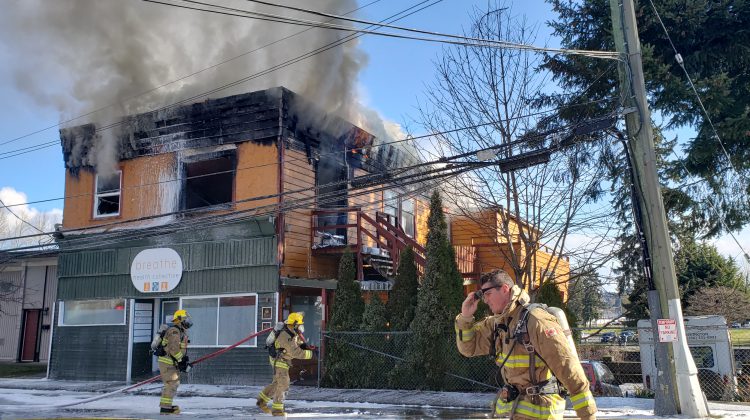 Fire crews working to get the fire under control at Courtenay's Cona Hostel. Photo by Jon Gauthier/98.9 The Goat/Vista Radio.

UPDATE: According to Courtenay fire chief Don Bardonnex has confirmed that everyone staying at the Cona Hostel has been accounted for.

The scene has been turned to the RCMP for investigation.

COURTENAY, B.C. – One person remains unaccounted for after a morning fire at Cona Hostel.

Courtenay fire chief Don Bardonnex said that when crews arrived at the scene, the two-storey wood building was engulfed, with flames coming out of the windows.

Bardonnex said they are keeping their eyes out for the remaining person.

He added that 27 crew members were at the scene.

The cause of the fire remains unknown, but the fire department is currently investigating.

–with files from Jon Gauthier