Suspect in custody after fire at HMCS Alberni museum 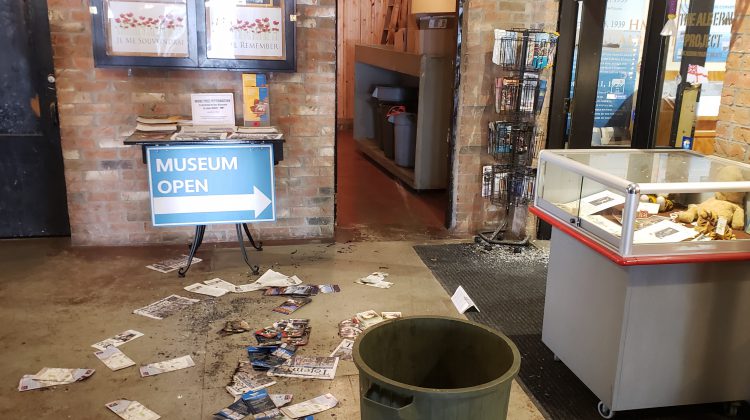 COURTENAY B.C- The HMCS Alberni Museum and Archives (HAMM) was damaged by fire this afternoon.

RCMP responded to a call after the museum reported someone had started a fire in front of their building.

According to the museum’s Facebook page, the suspect was also involved in the fire at the nearby Cona Hostel, which heavily damaged that building earlier today, and is now in custody.

A request for comment on the matter has been sent to the Comox Valley RCMP.

Courtenay fire chief Don Bardonnex has confirmed that everyone staying at the Cona Hostel has been accounted for.

The scene has been turned to the RCMP for investigation. Bardonnex couldn’t confirm whether or not the two fires were linked.