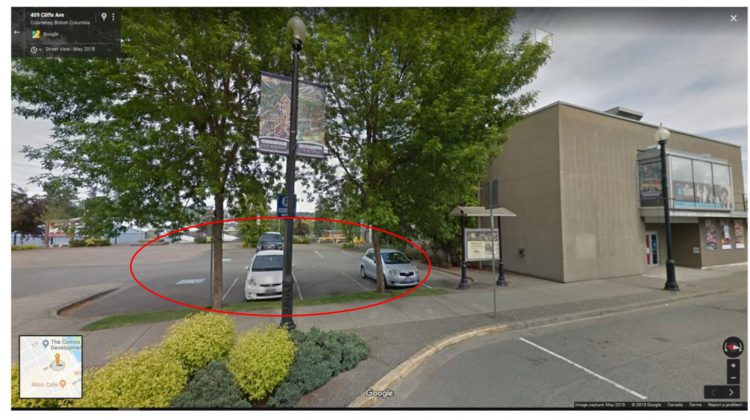 During last week’s meeting of city council, a proposal came up for the city government to apply for a grant to put in electric vehicle charging stations, which would include Comox and the Comox Valley Regional District (CVRD).

The proposal is part of the Mid-Island EV (electric vehicle) Network project, and funding would be sought from the CleanBC Communities Fund. The Regional District of Nanaimo is also applying.

According to the staff report on the matter, if the application was successful, 73.33 per cent of the project cost would be covered. The city would dedicate a total of $25,000 from gaming funds to go towards the local stations. Each would cost $25,000, with the city paying $6000 per station.

The current location idea of the four stations would be “adjacent to the north wall of the Sid Williams Theatre in four existing parking stalls facing Cliff Avenue”, which would make those stalls unavailable to non-EV vehicles.

Council voted to move ahead with the application. According to Courtenay mayor Bob Wells, the parking spaces will still be available, but reserved for electric vehicles.

“If we look around town right now, the only spots that are kind of reserved are for people who need wheelchair access, disabilities, stuff like that.”

Asked about the possibility of a non-electric vehicle using the spots for parking in the event of high downtown traffic, Wells indicated it could be a challenging situation.

“If you parked there, and then ten minutes later an electric vehicle from Nanaimo showed up, and this was going to be their way of continuing up Island or getting home, that’s it’s purpose in life,” said Wells.

“The fact that its central to downtown, it’s on city land, it’s right next to the theatre, the Filburg, downtown shops, right off, it’s 4th and Cliffe there, so it’s in a really central location in terms of I think the biggest bang for the buck. Again, are we going to possibly lose a couple of spots, to regular vehicles, gasoline vehicles? I think the answer is yes, but it’s to encourage people, because that electric vehicle doesn’t have to be from Nanaimo, or Campbell River, or Victoria, they can be local vehicles as well.”

Funding for the spots has not yet been announced.

-with files from Tricia Mason