Fault on transmission system ‘sounded like a jetliner 10 feet above my head:’ Campbell River resident 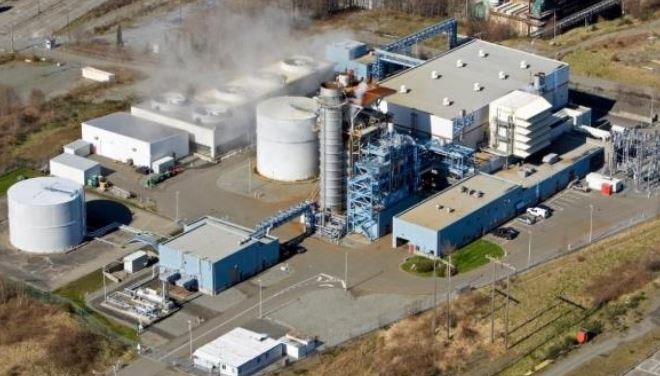 CAMPBELL RIVER, B.C. – For those wondering about the noise that rattled Campbell River residents late Saturday night, here is your answer.

In a statement, Capital Power noted that the “sound was caused by a fault on the transmission system, causing the B.C. Hydro transmission protection system to trip the Island Generation facility off the grid.”

Located in Campbell River, Island Generation is the single-largest power generation facility on Vancouver Island, and represents about one-third of the generation capacity on the island.

Some speculated on social media that the sound came from a solar flare which according to the European Space Agency, occurs when magnetic field lines near sunspots often tangle, cross, and reorganize, which can cause a sudden explosion of energy.

In a message to the 99.7 2day FM Facebook page, resident Chris Williams said that it was “pretty scary” and it “sounded like a jetliner 10 feet above my head.”

He added that he “thought a jet plane was about to crash on my house.”

He added that his power flickered at the same time.

In another message, Bonnie Fulton said it was “an extremely loud noise” and “at the same time the power flickered all over town and internet cut out.”

Capital Power media relations and communications manager Katherine Perron  said the Island Generation Facility has “operational processes in place” to respond to that type of situation, which helped minimize the impact of the fault, adding that there were no risks to employees or public safety.

According to Perron, it was a rare event that knocked Capital Power’s system off the grid but from Capital Power’s end of things, everything is back online and connected.