Wilson-Raybould’s father reflects on daughter’s feats, after weekend feast in her honour 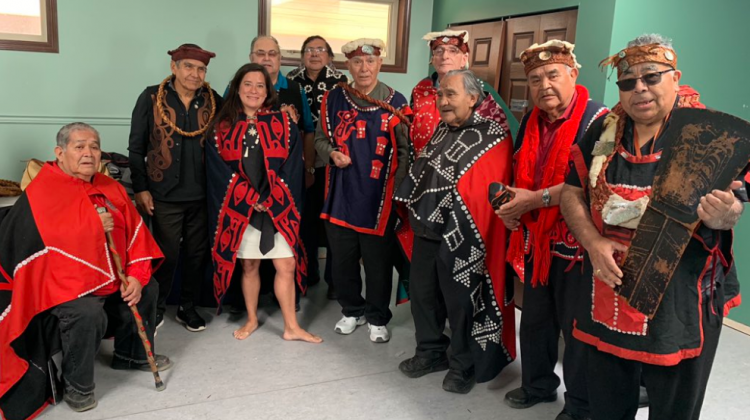 Hosted by the  Laich-Kwil-Tach and Musgamagw peoples, the feast was held at the Wei Wai Kum First Nation’s Kwanwatsi Big House in Campbell River.

“What they wanted to do is honour her achievements and recognize her for her strength and integrity,” Bill Wilson said, in a phone interview from Campbell River.

“(The feast) was a recognition of who she is and what she’s done,” Wilson said. “She is one of the matriarchs of our tribe. Her name is even more important than my name, even though I’m a hereditary chief (of the Musgamagw people).”

“It’s simply an affirmation of her efforts,” Wilson said.

Wilson-Raybould has attracted national attention in recent weeks for her testimony regarding the SNC-Lavalin controversy, her cabinet resignation and the release of a secretly recorded call this past Friday.

“The reality is, is that people thought that she was under attack,” Wilson said. “I think the greatest thing about it is was that her people who rallied around her to support her. She is not lacking in confidence but she is under a great deal of pressure.”

Touching on the SNC-Lavalin affair, Wilson said that “clearly she was intimidated or attempted to be intimidated by the most powerful big boys in the country and she stood up for prosecutorial independence and the rule of law, and that in any culture to me is something to be proud of.”

Gilakas’la to all who attended & witnessed the ceremony/work in KwinWatsi Big House as well as the feast yesterday – 🙏🏽Litwit daxw. Continue to feel empowered & grateful our Indigenous laws, culture & Nations remain so strong. Pic: Musgamagw Dzawada’enuxw chiefs (‘Gigame’ & me) pic.twitter.com/fC1K4p29zY

Wilson noted that his daughter was born and raised in Comox before living in Vancouver for a period of time.

After attending university, Wilson-Raybould was called to the Bar in 2000 and began working as a provincial crown prosecutor. She later served as an adviser at the BC Treaty Commission, a body that oversees complex treaty negotiations between First Nations and the Crown.

“Then she got the idea that she wanted to move home with no urging of mine,” Wilson said. “So she moved to Cape Mudge (of Quadra Island) and became an elected councillor there, and moved on from there to become the B.C. regional chief and ended up running for the nomination of the new riding in Vancouver-Granville and got elected.”

Wilson said things have gone “pretty well” for his daughter.

“Amazingly to me, not because of her talent, but because of the historical fact that she is the first aboriginal person ever to be the highest ranking law officer in the country,” Wilson said.

The accomplishments of Wilson-Raybould at that level is something to be proud of, Wilson said.

“The standard that I had said is not one that is based on acceptance or accomplishment,” Wilson said. “I’m proud of her because she is very well acquitted to the name that my mother gave her.”