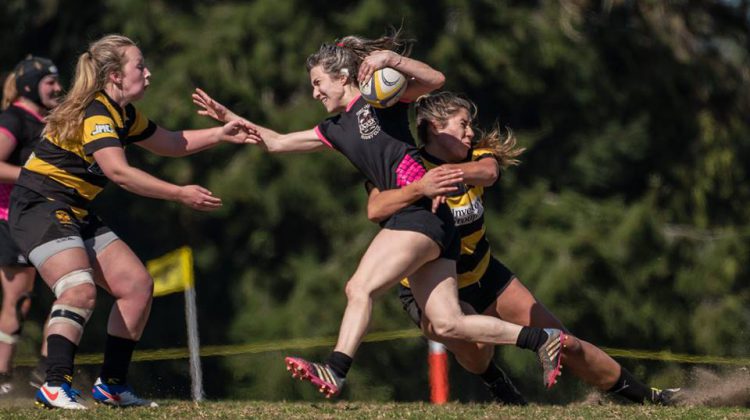 The Kickers travelled to Nanaimo to face the host Hornets for the second time in three weeks.

This was a very different game than the one played just two weeks prior in Cumberland.

The Hornets scored a fury of unanswered tries right out of the gate, as the Kickers were playing behind the whole game and never hit their rhythm.

Points were scored by outside centre Daris Tendler and eight-man Audrey Jones in a 60-10 loss.

“This was a big wake up call. We still have a lot to work on. Nanaimo played a great game. We played most of the game on defence and didn’t really get an opportunity to run the ball,” said Kickers coach Thyssen de Goede.

“Everything considered, I am proud of the hard work and effort displayed by the ladies on the pitch. They never gave up. All we can do is learn from this game, regroup and focus on our next opponent.”

Next Saturday, the Kickers are once again on the road.

They will be crossing the Strait of Georgia to play the Bayside Sharks, who are based out of Surrey.

Meanwhile, the Kickers are still recruiting players for the season.  No experience needed.  For more information, visit comoxvalleyrugby.ca or email [email protected].