The community of Union Bay is pictured in a Goat News file photo. Photo by James Wood/98.9 The Goat/Vista Radio

Four people are running for two seats on the Union Bay Improvement District board of trustees. They are Glenn Loxam, seeking re-election, and three new faces, being Trina Gable, Hein Vandenburg, and Paul Healey.

In order to give each candidate a chance to be interviewed, the MyComoxValleyNow.com newsroom assembled a list of questions based off what appeared to be topics of interest in the Union Bay area.

Of the four, only Vandenburg and Healey responded within the deadline outlined in the survey email. Responses are still pending from Gable and Loxam.

As those responses are received, this article will be updated. 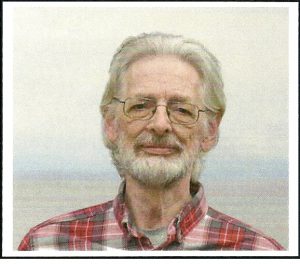 Question 1. Why are you running for a trustee position in Union Bay?

I’ve lived in Union Bay since 1992 and ran a small business here until I retired four years ago. I served on our Volunteer Fire Department for ten years, and was on the Fire Department / UBID liaison committee. Later I was also part of a Fire Department committee dealing with a future firehall replacement. Running for a Trustee position is my next step in showing my commitment to the community.

Question 2. What are you hoping to bring to the district if elected?

A fresh, non-partisan view in regards to the future of Union Bay. My years in business working with very diverse clientele and business organizations gave me experience in dealing with various personalities. To achieve success in business requires organizational and financial planning. Also being able to plan ahead for the future was critical. This is what I offer to Union Bay.

Question 3. What do you think are the five most pressing issues facing the district?

Question 4. Do you support the idea of Union Bay joining with the CVRD? Why or why not?

Our current form of limited governance as an Improvement District does not allow us to take the benefit of government grants and sub-prime loans. Our alternative options are limited to separate municipality status or joining the CVRD.

I have trouble believing that our very small community of less than 700 households can take on the responsibilities of development planning, engineering, building inspection, road repair/maintenance/snow removal, negotiation for law enforcement, possible school planning and a host of other functions with the limited resources we have available. Currently the CVRD already provides most of these services for us.

Duplicating a structure that is already in place and functioning well in our interest would be costly and of no benefit to us.

Question 5. Do you believe Union Bay’s current board has been doing a good job? Why or why not?

It’s easy to critique other people’s actions – until you stand in the same shoes. Since moving here in 1992, I have known a lot of the Trustees. While I was not always in agreement, I also recognized that what they stood for was what they believed was right.

The current Board has made a number of decisions that I do not agree with, and only by becoming a Trustee can I work to improve the situation.

Question 6. Do you agree with the current board’s decision to prevent the public from going to public meetings? Why or why not?

We certainly have work to do here. A “public meeting” by definition is a meeting that is open to the public to attend and to participate in. I recognize that this is not always easy, but this is our system. I also fully understand that certain matters of a sensitive nature can and should be handled through In Camera meetings.

Question 7. How do you think the current board has handled disagreements between its members? How would you, as a trustee, handle disagreements with other board members?

Quite honestly, from my observation this has left a lot to be desired.

First, accept the fact that all members can have their own opinion on any given topic. Secondly, allow them to express said opinion without interruption. And, allow time for your own reflection. To achieve consensus on any topic, a certain amount of cooperation and a bit of compromise is often required.

This requires decorum. This means when debating an issue, always listen to all sides, focus on the issues not personalities, avoid questioning motives and be polite.

Question 8. How do you plan on working to end the boil water notice in the district?

There are a number of factors regarding the boil water advisory.

– Acceptable turbidity levels are set by Island Health – and that is out of our hands.

– Turbidity is affected by the weather and climatic conditions – and that is something we cannot control.

– Human activities in our watershed and water supply can affect turbidity levels. This is a concern that is currently and historically being addressed.

– We need to get our new water treatment plant finished and operational as soon as possible.

Question 9. Do you believe there should be any renegotiation of agreements between the Union Bay Improvement District and Union Bay Estates?

To my knowledge the contract is not in the public domain. I cannot make any comment nor give an opinion on a contractual agreement that I have not read.

Question 10. What do you think the future should be for Union Bay?

The future of Union Bay will ultimately be decided by the residents of Union Bay. My hope is

for a community that prospers and grows, and is also financially viable and sustainable.

Question 11. What is your final message to the community?

Vote – it’s important! And, if you share my views – vote for me. 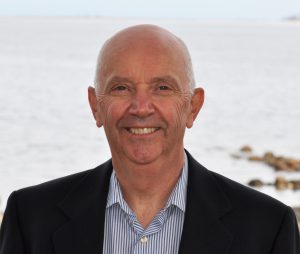 My goal is to work to have the UBID join the CVRD and transfer its assets to the CVRD.  Personally I have owned a business and have worn many hats.   I was the manager of operations, marketing, personnel and training.  I had to negotiate terms with lenders and clients every day. I was on the executive of Comox Valley Minor Hockey Association for 6 years and held positions such as Ice Manager and President of the Association. I believe having had this experience will help me to be an effective trustee for UBID.

I believe getting our water treatment plant completed on budget and on time is very important.

The new firehall will be a priority, providing improved fire protection for years to come.

Ensuring that any development in the area is contingent on having the necessary water supply and waste disposal.

Last, but not least, coming together as a community, getting on the same page regarding our future and agreement on governance going forward.

My campaign motto, is CVRD Makes $EN$E. There are a number of benefits to joining the CVRD.  The CVRD has access to infrastructure grants.  The CVRD is getting 57% of their new water treatment plant covered by infrastructure grant monies, while in Union Bay taxpayers have to pay the full costs.  Many of our residents are on pensions and will be affected by these extra costs.  CVRD also has access to lower priced financing through the Municipal Financing Fund, while UBID has to borrow at higher market rates.  The CVRD has experts on staff who can help administer our needs in the future.

Firstly I have spoken to a large number of homeowners. I have asked them about their impression of the current board.  These homeowners have told me they are disappointed in how the board has operated over the past 3 years.

I think the board has lost contact with the public, especially over the last six months. I tried to attend a meeting last fall, a motion was presented to amend the minutes of the previous meeting, the chairperson did not allow the amendment and ended up cancelling the meeting.  The meeting was reconvened 10 minutes later, after the public and one trustee had left.  Four members of the board suspended a duly elected trustee of the board from meetings, subsequently issuing a written apology to the trustee.  The board has had one closed meeting in January but cancelled the February and March meetings that had been scheduled. The decision was just announced on the new water treatment plant, who made this decision? When did the board have a meeting?

I believe the public should not be banned from public meetings.   The board was elected to represent the taxpaying homeowners who should have the right to watch and see how the process works.  Past boards have allowed a question period at the end of the meeting on topics covered that night.

The suspension of a duly elected board member is not the way to handle the matter.  That is self evident by the board’s written apology to the trustee in question.

In every day life we have to search for common ground and work together to find solutions.  I believe in open-minded, fair discussion and mutual respect among board members.

It is my understanding that current levels are near acceptable standards and that the boil water notice should be lifted shortly. Going forward the new water treatment plant should solve our water purity issues.

I have not seen the existing agreement, but understand that the agreement would allow for up to 100 new homes to have access to water from our Langley Lake Reservoir.  We currently have 690 homes on our system.  Until we determine affect of these new homes on our water supply, the current agreement for 100 homes should be adhered to.  I understand that Union Bay Estates is searching for other options for their future water needs.

Union Bay should become a service area of the CVRD and transfer its assets to the CVRD.  The CVRD has the necessary personnel in place to govern this area and provide expertise going forward. The CVRD has taken over Royston and Sandwick water improvement districts and the reports have been favourable.

I ask that you support me in my quest to represent you on the UBID board. I will bring a common-sense approach to this position and will work with other board members to move this community forward.