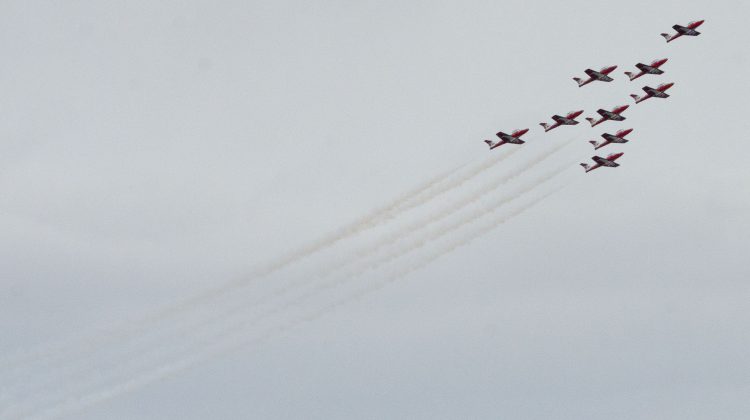 COMOX, B.C- Residents of the Comox Valley should watch the skies later this month.

In February, the Canadian Forces Snowbirds announced their return to the Valley for spring training, which takes place each year before their airshow tours. The aerobatics team will be in the area from April 17th to May 7th.

The BC stops in the 2019 Snowbirds airshow schedule include Quesnel, Penticton, and Abbotsford, and while the Valley will not be getting an official airshow, the practice times for the team have been released.

According to the team’s communication officer, the team will be flying at the following times:

Each time slot may not be used, as they are scheduled around the commercial air traffic in and out of Comox, and are also weather dependent.