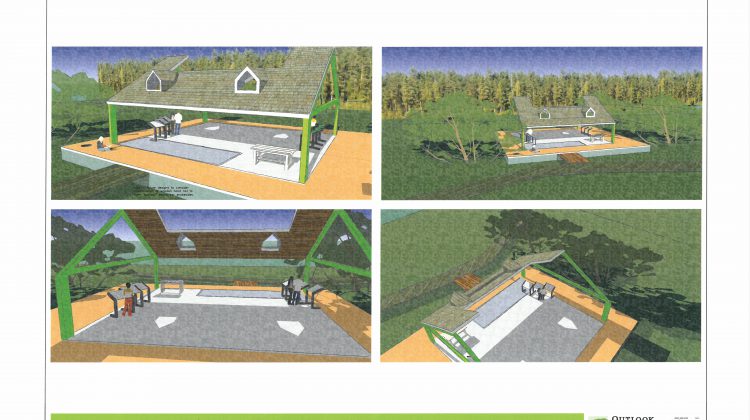 COMOX, B.C. – The future look of the Mack Laing Nature Park appears to be taking shape.

During their regular Wednesday meeting, the majority of Comox council voted to refer ideas from the public (gathered from a March 27th workshop) to the design team of Al Fraser and Tim O’Brien, and then request that a redesign of a planned viewing platform at the park be prepared.

The purpose of the workshop was to consider future improvements to the park, including the potential use of money given in trust to the town by Mack Laing in his will.

“We’re going to take the ideas that were presented to us from that public meeting and then we’re going to compile them, and councillors are going to look at them, and they’re going to make suggestions that we will get to the landscape engineer for Monday morning, so that he can incorporate some of those changes into the viewing platform,” Mayor Russ Arnott told the MyComoxValleyNow.com newsroom today.

“And then that will be presented to the attorney general, and that will feed into, going back into the court action that we had put into obeyence.”

The town’s original proposal to the court was to disassemble ‘Shakesides’ and use the money to construct a viewing site/platform in its place. 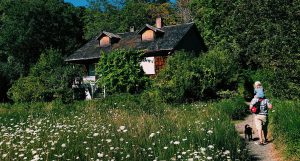 The current proposal for the viewing platform, in its preliminary stages, is that it would be a steel structure for protection against fire, and it would also be strong enough to withstand strong winds.

It would be an open air structure with a partial roof. The structure would have the exact same dimensions as ‘Shakesides.’

Before asking the court to accept this proposal, council members gathered ideas from the public for the park that, according to a release, “would increase public recreational enjoyment and continue to honour the conservation and education goals laid out by Mack Laing.”

However, councillor Alex Bissinger said during discussion that she was disappointed with the format of the March 27th public meeting, which drew roughly 80 people to the Comox Community Centre.

“We didn’t compare two options, we just presented the platform,” she said. “And so basically we asked them to confirm what we had decided instead of coming up with another idea.”

A tally of opinions from the workshop showed that 53 submissions supported the idea of a viewing platform while 21 opposed the platform and would prefer the town to honour the initial terms of the trust.

Bissinger said that while three-quarters of those attending the workshop supported the idea of a platform, “they had nothing else to be in support of, or not of.”

Mayor Russ Arnott disagreed. “The invitation (to the workshop)… says the town’s original proposal was to disassemble an existing (structure) but before asking the court to accept the proposal, members of council would like to hear your ideas. By that, we weren’t pigeon-holing anybody.”

Councillor Ken Grant said what council showed is what the attorney general was willing to accept. “I think it was very clear and every obvious that if you had some other idea that you wanted to bring (to the workshop), that you would be able to completely able to bring that at that meeting.”