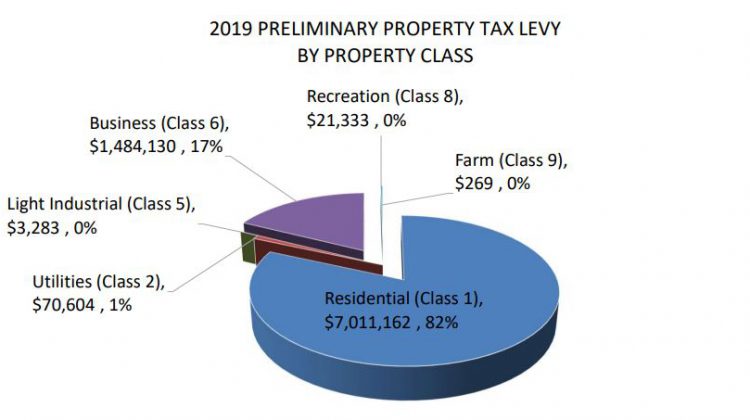 Information supplied by the Town of Comox

In a report to council members during Wednesday’s committee of the whole meeting, Freundlich said that the tax increase is extremely competitive, adding that “the general municipal levy remains below our neighbouring and comparative municipalities.”

The proposed increase includes a one percent asset replacement levy.

Mayor Russ Arnott explained why the one percent was added, and how it will help the town in the future.

“We’ve added… one percent… that will be put into the reserves for asset management because I believe 10 years down the road, we see that there’s going to be a significant need to re-invest in our infrastructure,” Arnott said. “So by having this one percent build-up… the major hit that would happen in 10 years, we will lessen that hit by having this money added to it.”

The budget will be finalized at the April 24 committee of the whole meeting with the first three readings at Comox’s regular council meeting on May 1.

Final readings will be May 8.

Arnott said that while nobody likes to see their taxes go up, it is necessary.

“Every year, fuel goes up, asphalt costs go up, and we need to keep our roads going and our vehicles on the road, and that’s the unfortunate part is that we have to have those tax increases,” he said.

Arnott added that this council, like previous ones, is “very mindful of what that means to the residents and we never have any fluff in our budgets. We always keep them thin.”