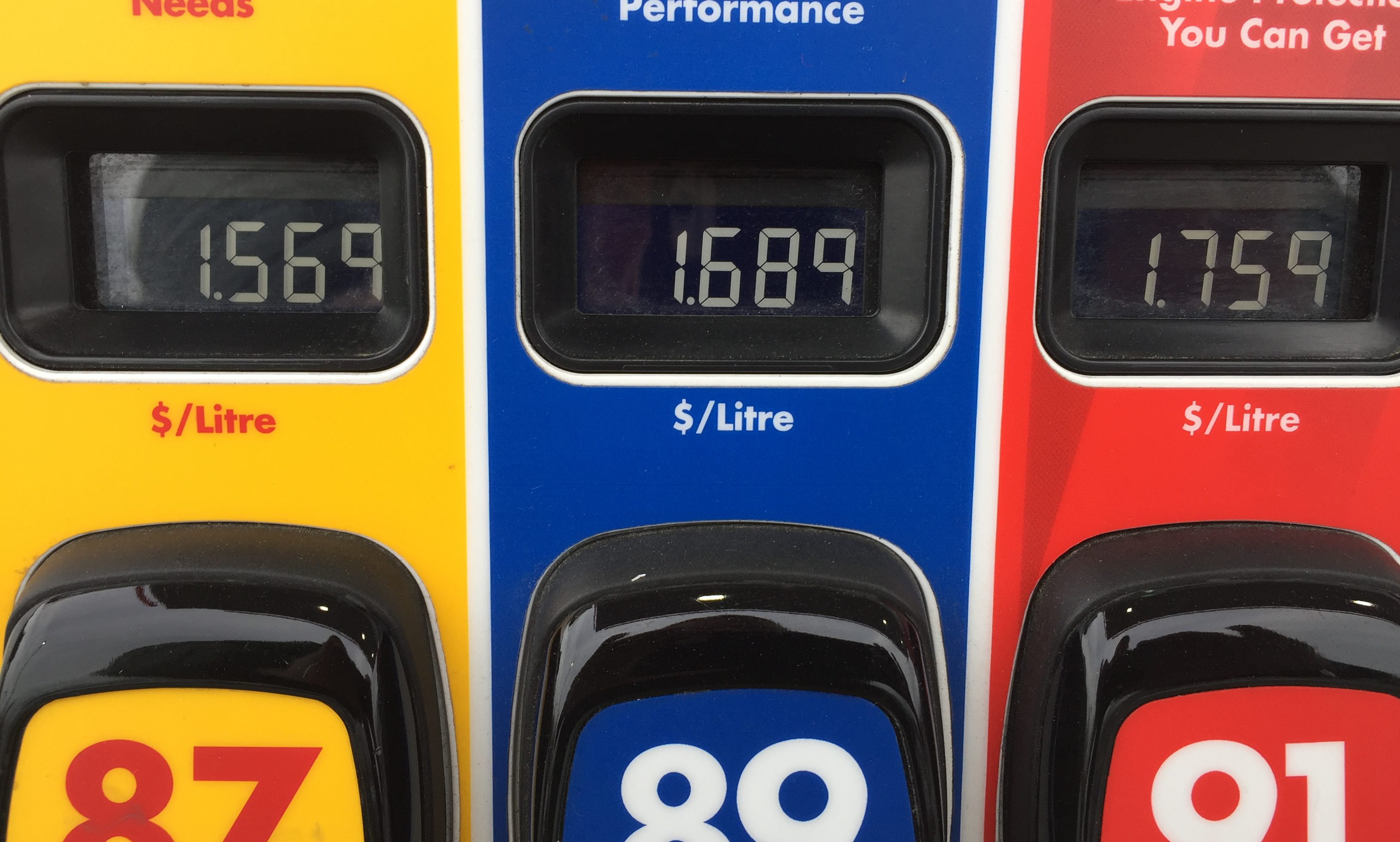 VANCOUVER ISLAND, B.C. – The struggle is real for drivers in Vancouver Island and beyond who are dealing with a shocking spike in gas prices.

In some locations in the Comox Valley, prices jumped by as much as seven cents per litre overnight Thursday.

On Thursday morning, the price at the pump at one downtown Courtenay station was $1.56.9 for regular unleaded gas.

But islanders can take some solace in the fact that they don’t have to drive in Metro Vancouver.

GasBuddy senior petroleum analyst Dan McTeague predicted that gas prices in Metro Vancouver will hit an all-time high on Friday, at a whopping $1.68.9 per litre for regular unleaded.

In Case You Missed It …. Fill up today as Summer spec gasoline switchover takes place this weekend – adding another 4 cents a litre on top of the 3 cent hike (wholesale) coming tomorrow (Friday) https://t.co/243gknNEfc

“It’s costing every gas station $1.46 to buy the fuel today, so not surprised you’re seeing $1.56 (in Courtenay) – that’s the retail margin being applied,” McTeague said. “Just to put it into perspective, wholesale prices for gasoline are now $1.05.4. That’s the bare minimum without tax.”

Pile on an increase in taxes, including carbon taxes, and we’re in record territory in some parts of the province.

In parts of the island outside of Victoria, however, the price doesn’t include a transit tax.

According to GasBuddy, the cheapest gas in the Comox Valley can be found at the Costco at 588 Crown Isle Blvd., at $1.42.9 per litre.

Numerous stations in Campbell River have regular unleaded marked at $1.42.9 per litre.

And there are four stations in Powell River selling regular unleaded at $1.53.9 per litre.

Gas prices are higher in Port Hardy, where GasBuddy reports that the Chevron at 114 Granville St. has regular unleaded selling for $1.58.9 per litre.

Further south in Sechelt, gas is going for $1.54.9 per litre in four locations.

And in Gibsons, fuel prices are slightly more expensive at $1.56.9 per litre, on average.

McTeague noted that two of the reasons behind the higher gas prices are the switch over to more expensive summer gasoline and a one percent increase in the carbon tax.

But there are other factors at play, according to McTeague.

“It has to do with what’s happening generally across the U.S. Pacific West Coast,” he said. “We’re seeing a series of refineries, some that went into planned maintenance for longer than expected, but some that are undergoing serious repairs after failures. Two or three that I know of in Los Angeles, one or two that I know in San Francisco and of course we still have the big, mighty BP refinery in Washington State.”

This is causing a real squeeze in inventory, McTeague said.

“There isn’t enough supply and demand. It’s very robust,” he added. “Everyone wants to say these prices are terrible but the economy is very strong, especially in the United States. You have a combination of a tightening outlook and picture for fuel supplies and the only thing that can give right now is the price.”

Gas is barged to the island from Vancouver and mostly from Washington State, where wholesale prices have jumped almost 80 cents a gallon in Canadian dollars.

McTeague said the price hike isn’t the work of stations, refineries, or gas companies. He said it is entirely market driven.

He said B.C. Premier John Horgan should look a little closer at the markets, higher taxes, and a weak Canadian dollar, “which, of course, he can take direct responsibility for, as a result of preventing a pipeline through and into Burnaby.”

McTeague predicts that the gas prices will hold this weekend before backing off by a penny or so just a bit before Easter, as the Washington State refineries come off line.