Two Comox firefighters are moving on to a new station 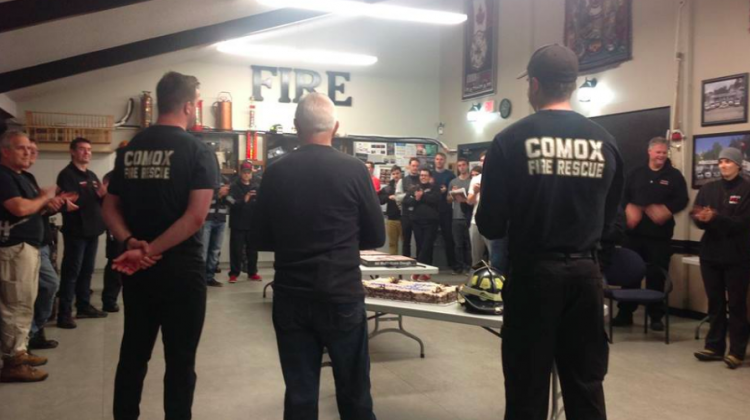 COMOX, BC- Two of Comox’s firefighters are going to be missed as they are moving on to a new station.

“They have worked extremely hard to achieve their dreams of becoming full-time firefighters. They have provided our community with great service and will represent us well in their new community.”

Watkins and Peterson are two of Comox’s 50 unpaid on call firefighters, according to a statement from the Comox Fire Department.

They are both moving to a large city in the Lower Mainland.

A few firefighters leave every year to move on to new stations but this is the first time that two of their firefighters have been hired by the same city at the same time.

“While we don’t like losing our firefighters like this, we expect it and understand the reasons for it.” said Schreiner.

“Knowing these firefighters reached their goals through a department like ours inspires others to join us. Every year we take on new members and it takes about two years for them to achieve their firefighter certification and then usually another couple of years to find a career firefighting job. We get great valuable from them during this time.”

“This format is a win/win for all involved. We wish these two outstanding young men all the best in their new careers.” said Schreiner.