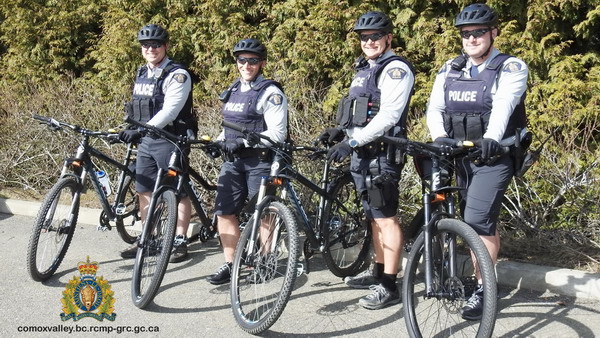 On April 11th the RCMP got a call about a bike that had been stolen overnight from a backyard on the 800-block of 5th Street.

The Bike Unit found the bike and a trailer on the 1000-block of Piercy Road.

With other frontline police officers, they saw a man going back and forth to the bicycle.

Officers arrested him before he was able to ride away.

The 22-year old man from Courtenay has been released with an upcoming court date.

“When we are out on the road conducting patrols, we often need assistance from other frontline officers out in their cars,” said Constable Erin Stevenson, Bike Unit, Comox Valley RCMP.

“In this case, we all worked together, got the bicycle back to the rightful owner and the suspect is in jail.”