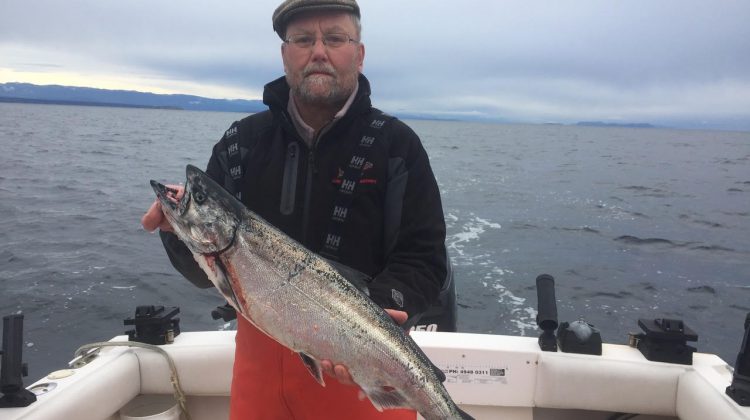 Jeremy Maynard is an independent recreational fishing operator, and he says the most recent restrictions on Chinook fishing will have a negative impact on the industry. Photo courtesy of Jeremy Maynard.

According to independent fishing guide Jeremy Maynard, the economic consequences of the restrictions are massive and not just on fishing operators.

“Anyone involved in the recreational fishing industry… stemming from independent guides like myself, to lodges and resorts, marinas, tactical stores, gas sales, equipment, boat motor sales and repairs, and people that work in hotels. The impact on the Campbell River community is going to be significant,” Maynard said.

“If the recreational fishery industry is going to survive, it has to have the opportunity to retain Chinook.”

Maynard said that it’s important to understand that the DFO is trying to protect interior Fraser River Chinook stocks, which is different from other stocks that are not at risk. But once out in the ocean, they’re hard to tell apart.

“There are a fair number of hatcheries here in southern British Columbia as well as nearby parts of the United States putting out millions and millions of hatchery Chinook. Unfortunately in Canada, there’s no way to distinguish those hatchery-origin Chinook from stocks at risk.”

He said clipping the adipose fin – a tiny flap on a fish’s back – would be enough to tell hatchery salmon from wild ones, which would make it easier to tell which ones to harvest and which ones to release. He said this marked selective type of harvesting is a good long-term solution.

But instead, the DFO is putting out restrictions that he said will damage people’s livelihoods.

“Anyone associated with recreational fishery in British Columbia will tell you that this is a body blow. This non-retention – we cannot survive in the long term. (The industry) is going to go under.”

“An activity worth hundreds and hundreds of millions of dollars, employing thousands of people, it’s going to go under forever unless there’s a change in how things are managed.”

Maynard said that he and other sportfishing operators don’t think the restrictions will be reversed.

“The decision is highly contentious, depending on your perspective. In any event, we’re stuck with the decision. I don’t think there’s any hope for changing it – there may be some minor modifications but I’m not even hopeful about that.”