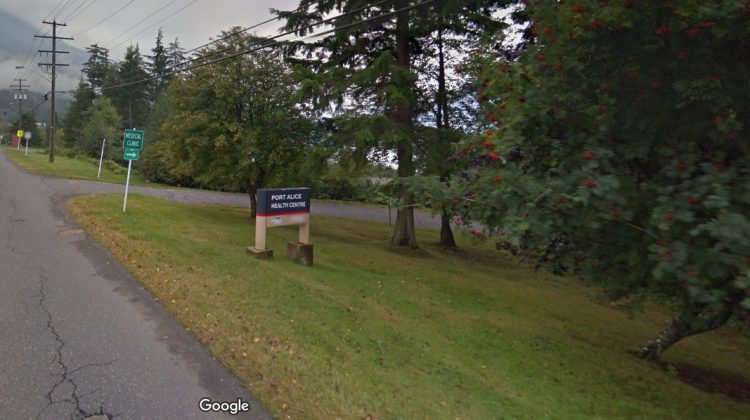 The signage for the health centre in Port Alice. Image sourced from Google Streetview.

PORT ALICE, B.C- While it isn’t clear if Island Health will be meeting with Port Alice residents about their healthcare concerns in the near future, the community’s health centre won’t be closing.

That’s according to a new statement issued by Island Health, after being approached by the MyTriportNow.com newsroom about concerns publicly raised by members of the Port Alice Health Forum.

An article published in the North Island Gazette earlier this week reported on the Forum’s annual general meeting on April 9th, in Port Alice. During the meeting, the matter of proposed changes to the village’s health services came up for discussion, after consultations on March 25th.

Those plans have included the ending of emergency care in the village, which the Forum has been most concerned about.

“Island Health is aware of the concerns expressed by the Port Alice Health Forum and we’re committed to continue dialogue with them, and the mayor and council as we move through the service transition,” read the statement sent by Island Health.

“As we’ve stated, we have no plans to close the Port Alice Health Centre, nor reduce health-care funding in the community. Through engagement with the community and careful data analysis we’re adapting to best meet the current and future needs of the residents of Port Alice (pop 660). We recognize that service changes can create uncertainty and appreciate the community’s involvement in this process.”

The Gazette article indicated that the group passed a motion to ask Port Alice mayor Kevin Cameron to get him to meet with North Island MLA Claire Trevena and provincial Health Minister Adrian Dix.

Whether or not either MLA will visit the village remains to be seen.

“Health Minister Adrian Dix will be meeting with North Island MLA and Transportation Minister Claire Trevena later this month and they will discuss staffing at the Port Alice Health Centre,” read a second statement from Island Health.

“Island Health continues to work with the community to ensure quality, appropriate health care locally and regionally and is keeping the Ministry informed of its decisions.”

Dix will be meeting with Trevena in Victoria, while the provincial legislature is in session.