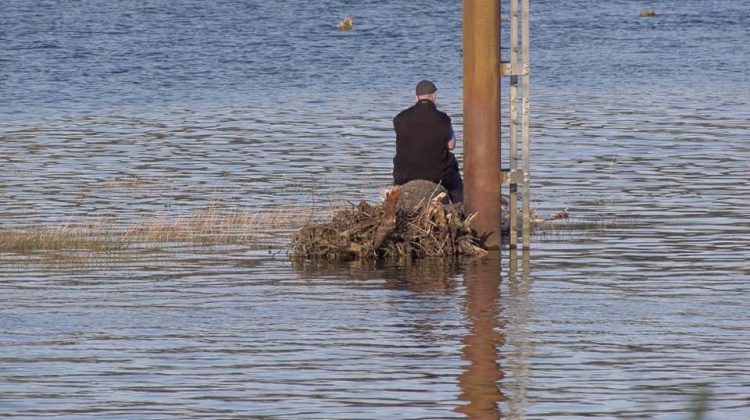 COURTENAY B.C -A photographer was caught in high tide near the Courtenay Estuary Saturday evening.

The man became stranded after the tide rose and surrounded the sand bar he was standing on.

Paul Berry, Search Manager with the Comox Valley Search and Rescue says the man was visiting the area and didn’t know the tides would rise.

“A fellow visiting from Quebec had ventured onto the mud flats, and wasn’t aware that tides rise,” said Berry.

The call was originally sent to the marine search and rescue but their boats were too shallow, so the Comox Valley Search and Rescue team were called to help, according to Berry.

“It was a quick paddle out in our rescue kayaks to help the fellow of the log he was perched on, and deliver him and his camera gear to shore.”

Berry also added that you should keep the tides in mind when you’re visiting the valley, or anywhere near the ocean.

“Whenever you’re out you need to be aware of your surroundings, there are tides that go up and down around the ocean.”