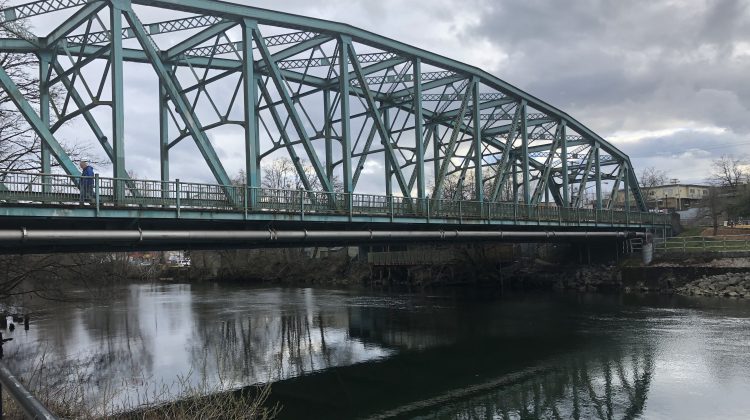 The 5th Street Bridge is pictured in a Vista Radio file photo. Photo by James Wood/98.9 The Goat/Vista Radio

COURTENAY, B.C- The price tag for fixing up the 5th Street Bridge is getting clearer.

Last Monday, Courtenay city council were presented with the city’s financial plans for the next five years, which include summaries of the planned capital spending throughout the community.

One of the items listed for infrastructure spending over those five years is the city’s oldest bridge, which is in need of major reworking.

That work includes a complete repainting of the bridge, removal of existing lead paint, repairs to structural steel and handrails, and the re-surfacing of the bridge deck.

First built in 1960, the bridge has already been resurfaced and received seismic upgrades. The last major work was in 2012, and at the time, it was found that more rehabilitation is needed to address corrosion.

$2 million of that amount will be coming from Building Canada grant money provided by other levels of government.

Asked about the bridge funding after Monday’s meeting, mayor Bob Wells indicated that a report from staff on the work needed for the bridge is expected in the near future.

He also indicated that staff are looking for any and all sources of additional grant funding the city can use for the project, with an eye towards starting the work on the bridge in 2020.

The expected report is meant to ensure “all rocks are looked under” for grant funding.

The 5th Street Bridge is one of three major bridges in the Comox Valley, with the 17th Street Bridge further south and the North Courtenay Connector over the Tsolum River.