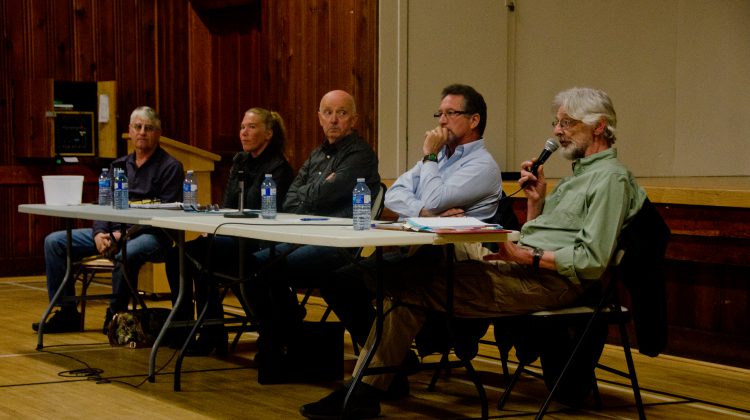 The pair were running for two open seats on the trustee board for the Union Bay Improvement District, up against Hein Vandenberg and Paul Healey.

The pair have been speaking in favour of a governance review for Union Bay, with the option of a merger with the Comox Valley Regional District, throughout the election. The aim of the merger would be to secure sources of grant funding for infrastructure in the community.

Loxam, a sitting trustee, had been running for re-election, while Gable was a first-time candidate. Neither had come out strongly in favour of a merger between the CVRD and UBID.

The MyComoxValleyNow.com newsroom spoke with Loxam about the result on Tuesday. He wished both winners luck.

“I congratulate them both,” said Loxam.

“I’ve got nothing against the candidates. I still have concerns about who is backing them, this small group of people has been holding this community back for 20 years. It’s really sad. But as far as the candidates, I wish them all the best. Go forward. Hopefully, they stick to what they said, and we get our water treatment plant, that’s the most important thing.”

He hoped that both wouldn’t “stray” from what they expressed during their campaigning.

“Let’s get it done (the treatment plant), and everyone will vote in a referendum (for the governance review)!”

Gable kept her comments brief. Speaking on Monday, she said she wanted the best for the people of Union Bay, and hoped the new trustees would do that.

Both trustee-elects were scheduled to be sworn in at 2:00 p.m. at the Union Bay board office, but the ceremony was cancelled on Tuesday afternoon. According to Union Bay board chair Ted Haraldson, that had been at their own request.

Haraldson had said that an email from Vandenberg indicated both would prefer to be sworn in after Union Bay’s annual general meeting on Thursday evening.

This means that neither Vandenberg or Healey will sit with the other trustees at the meeting, but Haraldson expected both will still attend the evening.

They will be sworn in within the 30 days after the annual general meeting.