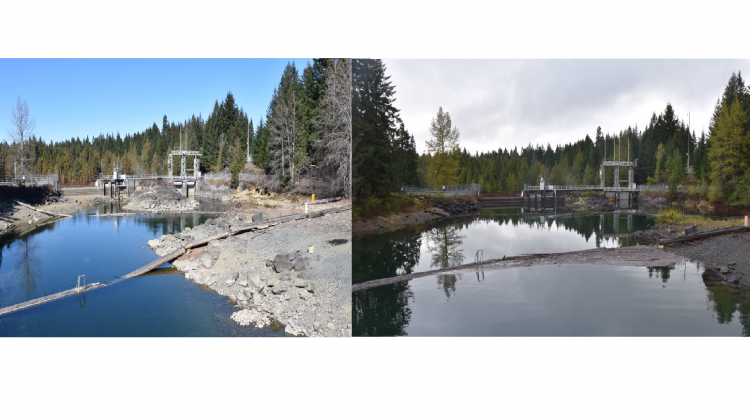 COURTENAY B.C – Comox Lake water levels have returned to normal, and are expected to increase for the upcoming summer months.

The reservoir has come up about 2.2 meters to about 133.6 meters, and is now roughly where it should be this time of year, according to Stephen Watson, a spokesperson for BC Hydro.

Watson said they have been running the power house at a lower capacity to compensate for the lack of water.

“We’re continuing to operate the Puntledge power house at about 20 percent, and we’ve been doing that the last few months to catch as much water as we can,” said Watson.

The goal is to have the reservoir completely full, which they are hoping can be achieved by June.

“Our goal for BC Hydro is to have Comox Lake full by June, and as we go through the summer period that will based on the amount of rainfall we get in the summer time.”

Watson added they hope as the water level increases, so can the amount of power generation.

“If the abundance improves we may actually improve power generation slightly as well.”

Now that the water levels are returning to normal numbers, Watson says things are looking up for the Comox Valley.

“At least through the spring and early summer, conditions look to be better and we’re going in the right direction.”