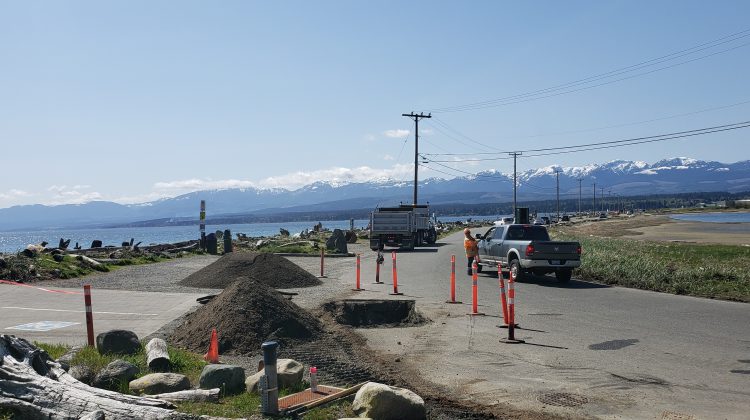 COMOX, B.C- The repairs on the leaking sewer pipe at Goose Spit Park are all done.

That’s according to the Comox Valley Regional District, who provided an update on the situation this morning.

The leak was from the recently installed HMCS Quadra forcemain, and was found after wastewater appeared in the parking lot area at the base of the Goose Spit stairs.

Quadra’s pump station was shut down and isolated, and the district says the leaked wastewater and surrounding soil was removed, with the area being made safe.

The line had to be excavated and worked on. With that work finished, access to the parking lot at the base of the stairs is fully restored.

Park users were thanked for their patience during the repair.