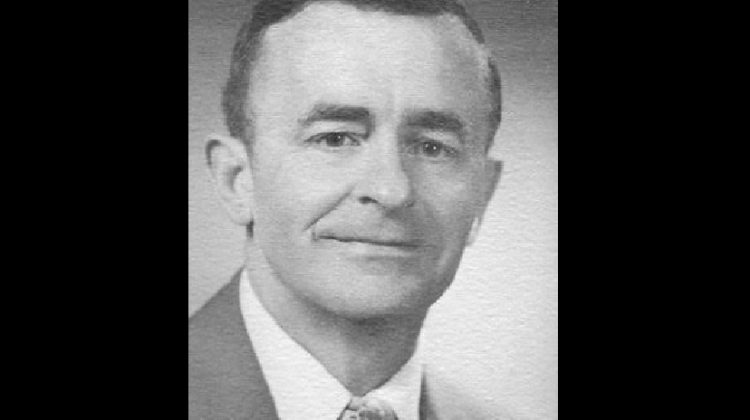 COMOX, B.C. – Andy Merrick said having a street or a park named after his dad would be a fitting tribute to Comox’s third mayor.

In a letter to Comox Council, Merrick wrote that his dad, Dick Merrick, “was the political push behind many fine things in our town.”

Dick served as Comox mayor from 1972 to ’77 and during that time had a hand in several projects including:

Dick passed away in February 2018, just shy of his 95th birthday.

“There’s lots of people involved in getting anything done,” Merrick said. “There are service groups and there are town employees, and then there’s the political push, and in this case he (Dick) would have been the political push to achieve these things.”

Reflecting on his dad’s time in office, Merrick shared one of his favourite stories:

“In Comox, there’s Condor Park… Condor Park back at the turn of the century would have been owned by the federal government as a dynamite cache. So all the developments of little communities, they had to have spots for a locked place. Fast forward to the mid-70s, and my dad’s having coffee with a local public works guy (who) says to him, ‘Hey, we want to get rid of that chunk of land. Is the town interested?’”

Dick said yes, and asked about the land’s sale price.

“We just need a transfer it to you,” the man answered.

“My dad said, ‘would five dollars work?’” Merrick related. “So he pulls out his wallet, gives the guy five bucks, and they bought the property. So it’s been a park ever since but of course, nowadays the federal government would insist on a full assessment and competitive bidding. But those are things you can achieve in those days.”

Moving forward, Merrick said there has already been a precedent, with streets in Comox being named after Jack Noel and Ron Ellis.

He said his dad “just achieved an awful lot… in a relatively short period of time.”

“His thing was, he believed that service was important, and I think he did lots for the town,” Merrick said.