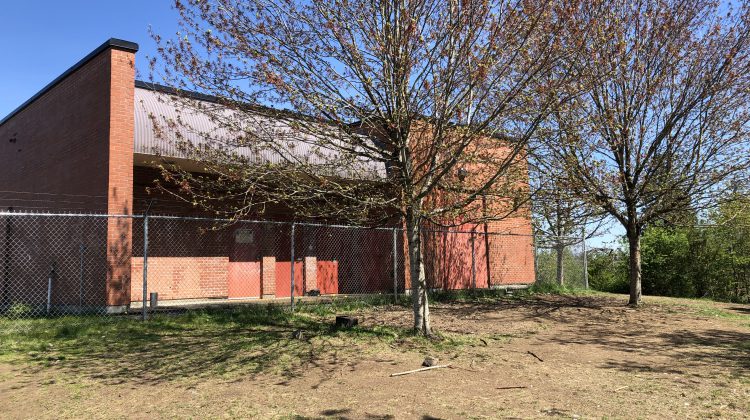 Last week, Courtenay’s municipal government announced that they had ordered an eviction at the site, due to a mix of factors that included environmental risk and concerns from police over criminal activity.

The Comox Valley Coalition to End Homelessness was involved with outreach activities to support the residents leaving the camp.

The city had said that any sleeping or camping equipment and associated effects still on the site after 3:30 p.m. on Monday would be removed by the city contractor on Tuesday.

One resident of the site told the MyComoxValleyNow.com newsroom that the eviction didn’t come as a surprise.

The Comox Valley Record reported on Monday that the coalition had been helping residents by offering them outreach services, and applications to BC Housing. However, the amount of affordable housing in the Valley is still below the need in the community.

Andrea Cupelli, co-ordinator of the coalition, told the paper that the community needs two more “Junction-style” facilities. The Junction is the complex recently built at 8th Street and Menzies Avenue, which will house 46 people.

“At the end of the day, it was all about safety and criminal activity,” said Wells.

“Making sure the people there were as safe as possible, and that was becoming a much more criminal element. That was having an effect on the people there, as well as the greater community. So, the RCMP had grave concerns about the potential.”

Asked about where the residents would go, Wells talked about the current options in the Valley.

“We have the Braidwood facility, we have the Junction, so in a perfect world, they’ll be able to go there,” said Wells.

“I don’t know exactly how full those places are, if the people are ready to do something like that. I think that’s where the homelessness coalition comes in, Dawn to Dawn, meeting people where they’re at and figuring out what’s the best next step for them.”

He also talked about what he would say to the former residents of the site.

“My hope is, for anybody that needs it, those facilities are there. They’re probably going to fill up quickly, and we’re going to work our best to create more.”

As for whether or not the Junction’s current space could be expanded, Wells couldn’t answer. However, he did state that there had been efforts in the past to look at the expansion of the Washington Inn in east-end Courtenay, where the current building doesn’t occupy its total footprint.

However, that would depend on what BC Housing wants to do.

“Really, at the end of the day, we want to make sure the funding is there and the supports are there, so we don’t just create housing but it has that sustainability element to it,” said Wells.

The Record reported that the residents of the pump station camp had been cooperating on Monday.

As of Tuesday afternoon, the site is clear except for one tent. According to Courtenay bylaw officer Kevin Gurnham, the clearing process went very well.

Gurnham indicated that residents of the site had been preparing for the eviction, with things going “very smoothly”.

As for the lone remaining tent, Gurnham stated that it belonged to a resident who hadn’t cleared out his personal belongings yet, and was planning to come back the same day to retrieve them.

The city’s parks department will likely be dealing with the tent once the belongings are retrieved.