No injuries after Courtenay shed fires 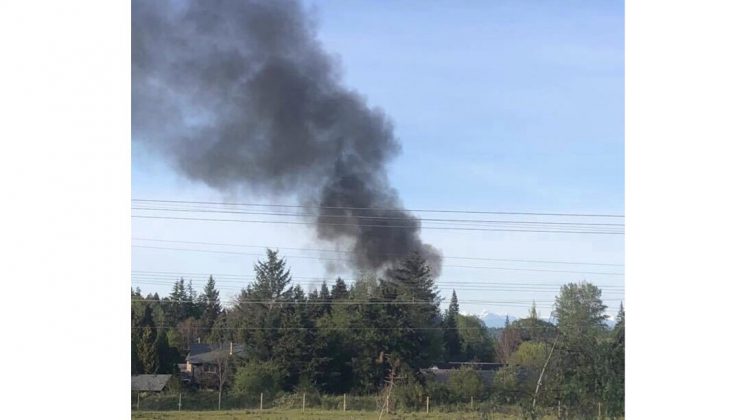 Image of the fire courtesy of Jammie Flemming.

According to Courtenay fire chief Don Bardonnex, the fire started in a backyard and moved to other buildings nearby.

“We had a fire in the backyard that ignited some brush, a small shed to begin with, spread to the neighbours shed, spread to another large shed on the same property, and melted siding on the next neighbours garage,” Bardonnex said.

He added that once crews were on scene the fire was out within minutes.

“Once the lines were charged, probably two and a half minutes.”

Bardonnex said the fire was most likely caused by embers or ashes from a pre-existing fire on the property, and urged residents not to burn inside city limits, and to make sure fires are completely out before you leave.

“Anytime you walk away from a fire that you have, you have to ensure that it is out.”

Bardonnex added that the cost of damages is undetermined at this time until they know what exactly was in the sheds.