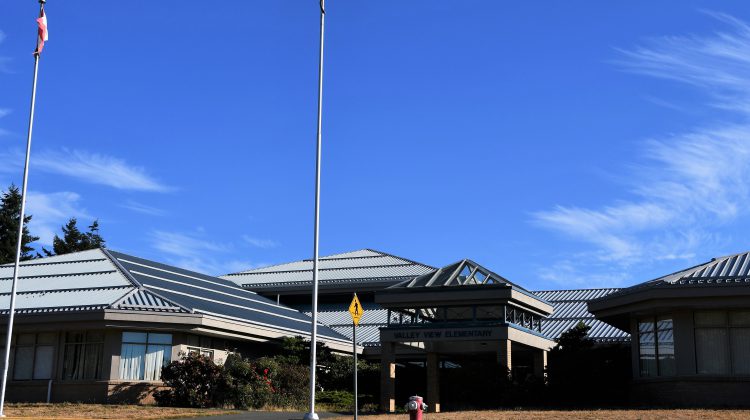 Valley View Elementary is pictured in a handout photo from Comox Valley Schools.

COURTENAY, B.C- RCMP in the Comox Valley have been alerted after another incident involving a stranger approaching schoolchildren in Courtenay this week.

According to an email sent out from the principal and vice-principal of Valley View Elementary to parents, a pair of students from the school were heading home when they were approached by an older man in a grey Dodge Ram, following them.

He caught up to their pace, and they noticed he was holding his phone out the truck window, as if he was recording them. They stopped and stared at him, and then he drove off. Shortly afterwards, he backed up and drove off in the direction the students had come from.

The incident took place on Wednesday around 3:00 p.m., at the intersection of Valley View Drive and Mallard Drive.

Comox Valley Schools spokesperson Mary Lee confirmed that police have been notified about what happened. According to Lee, whenever students in the school district encounter suspicious behavior or are put in a compromising situation, administration share what happened with school communities.

Students are being reminded about safe behavior, to never talk to strangers, to get out of harms way if they encounter strangers, and to buddy up going to school and leaving school. Police advice for students about keeping safe is also being passed along.

“It’s okay to say no to an adult, if they ask you questions,” said Lee.

“In other words, if you don’t feel safe, get out of the situation quickly and phone for help or go see a safe adult, such as the school or a parent or a neighbour, and tell them about the situation.”

The incident marks the fifth time students in the Valley have encountered suspicious behavior, with three in Courtenay’s west end and another near Queneesh Elementary School.

“Any follow up to this, of course, will be with the RCMP,” said Lee.

“So, if there is any information that people have to share about the situation, report to RCMP, and any other questions, we encourage people to contact the RCMP as they’ll be investigating, as they always do with other reports on suspicious behavior.”