Disc golf players frustrated after goalposts, including one with caretaker’s ashes, stolen from 3L property 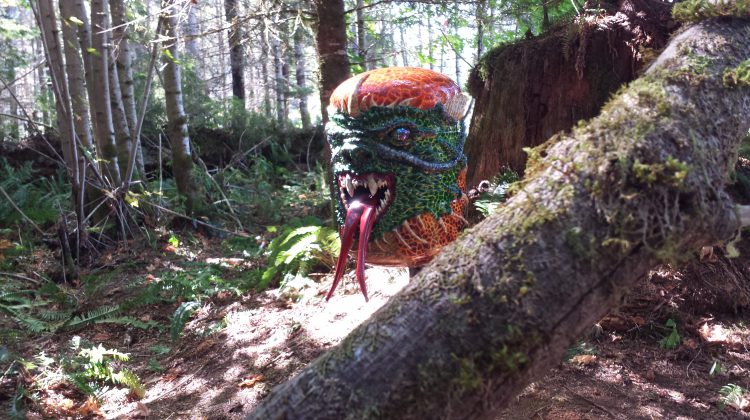 COMOX VALLEY, B.C. – A memorial was desecrated in the Comox Valley last month.

The memorial was part of a set of tonals belonging to the Comox Valley Disc Golf Club, with one containing the ashes of the previous caretaker, Mike Barrett.

The 26 tonals belonging to the club were taken from the 3L property on Duncan Bay Main some time before the Easter Weekend.

Many of the tonals have been carefully painted by the players, including one that had Mike’s ashes inside of it.

In early September after finishing the tonal with an airbrush, Mike was presented with his tonal.

“He started to weep and asked that some of his ashes be kept with it,” club member Ralph Rey shared, in an email.

“A ziplock baggy full of his ashes was tied to the post inside the metal tonal.”

Rey added, “No way could someone bypass his ashes to remove the dragon from the post. And anyone that clever to remove the carriage bolt and locktight nuts would be clever enough to know what the bag was full of.”

In a Facebook post, the club said that “Taking the tonals is one thing, vandalizing the locked gate is another but the desecration of human remains is unacceptable.”

Rey said the club is “just confused” about the theft.

“Nobody can imagine why they would do this. and if somebody is setting up their own course, then you don’t play by yourself. Somebody’s going to figure out what goes on,” he said.

“We finally have property where we can set up a game but we don’t have what it takes to do it. The tonals aren’t expensive but they are very time consuming to make, so I guess that makes them expensive.” 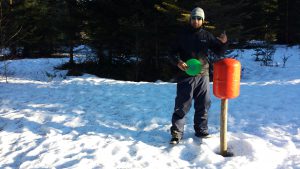 Rey was particularly angry about someone stealing the tonal that contains Mike Barrett’s ashes.

“Everybody sort of sympathizes towards me because I was very close to Mike. You know his ashes are in there and somebody to do such a thing is inconceivable,” he said. “Why? To hurt him? To hurt me? It’s too weird.” 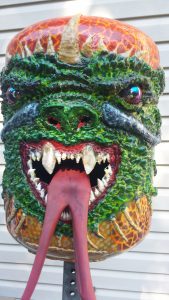 The club was asked to remove the equipment from the 3’s property earlier this year.

“Unfortunately the insurance liability around Stotan Falls and the property is just too high for Dave Dutcyvich to keep people wandering around his property. Plus the vandalism and garbage dumped is just too much, which I can see.” 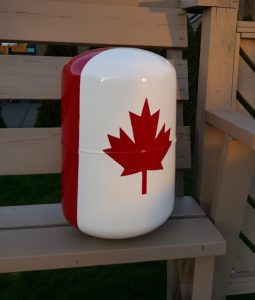 Rey said club members cleaned up almost everything except for the concrete t-pad and the modified 30# propane tanks that they use as goal posts.

Almost all of these tonals (because they sound like a bell when a plastic disc hits them) are custom painted by the players. 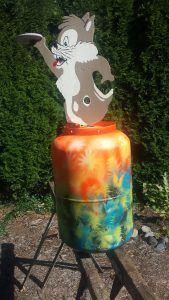 Rey said taking them involves collecting 27 tanks, removing the valve, cutting a hole in the bottom, painting and mounting them on the post.

When the club had a work crew together to collect the last of the equipment on Easter Monday, they discovered that all but two were gone.

If anyone has any information can notify the club on its web page or by calling the Comox Valley RCMP at 250-338-1321.

They are also welcoming any tips from the person or persons responsible, in order to locate the stolen items.