Cool down brings some reprieve in Coastal Fire Centre region 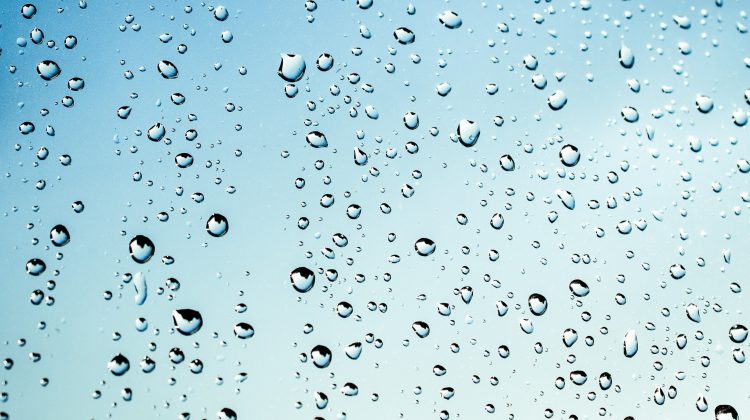 VANCOUVER ISLAND, B.C. – Nature’s thermostat has been turned down a few notches in the Coastal Fire Centre region.

And that’s good news on the wildfire front.

The latest BC Wildfire fire danger map reading shows that some parts of the province have moved from high to moderate as more seasonal temperatures dominate the weather pattern this week. 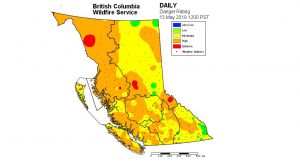 This is in sharp contrast to late last week and into the weekend.

On Friday, 26 temperature records were set across the province, including in Campbell River, Powell River, and Sechelt.

But a change is upon us, as the high pressure ridge that has anchored over the coast has flattened out, giving way for a low pressure system.

That will sustain a southwesterly flow that will bring a round of various disturbances across the south coast over the next week or so.

On Monday, Environment Canada meteorologist Matt MacDonald said the start of the work week marks the beginning of a “big change” in the weather pattern.

“Rain is in the forecast for tomorrow for the east island and the Sunshine Coast and I think that’s really good news given that we have not seen a single drop of rain so far this May for most of those locations,” MacDonald said.

MacDonald added that “luckily, we’re shifting to a more seasonal pattern,” with five to 10 millimetres of rain expected on Tuesday and likely another shot of showers on Thursday into Friday.

“That’ll bring some reprieve from these high fire danger ratings,” he said. “Forest fuels right now are very dry but luckily (there will be) some reprieve, here, in the next couple days.”

Looking past this week and into the second half of the month, MacDonald said temperatures will moderate and climb to a modest 17 to 18 degrees Celsius for daytime highs, with overnight lows at a comfortable nine or 10 degrees.

“Quite seasonal conditions over the next week and into next weekend,” he said.

About the Coastal Fire Centre

Procession to honour Snowbird planned for tonight in Halifax