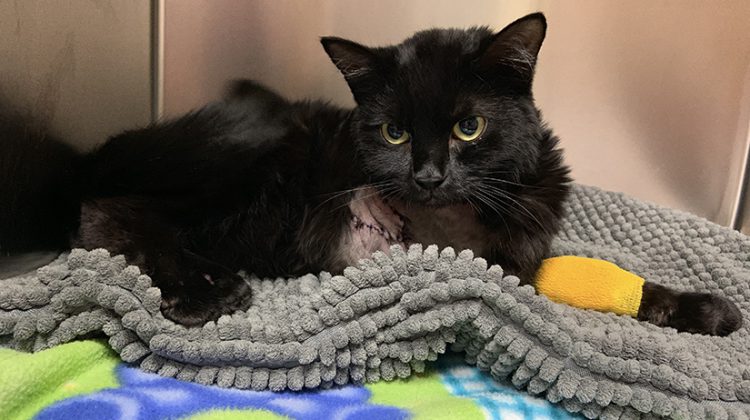 Spooky went through an emergency surgery to amputate his right front leg and is now recovering. (supplied by BC SPCA Comox & District Branch)

COURTENAY, BC – The BC SPCA’s Comox & District Branch are asking for help.

According to a release from the branch, Spooky the cat was hit by a car and needed emergency surgery to amputate his damaged right front leg.

Spooky’s medical costs are estimated to be about $1818. Emily Priestley, the branch’s manager, said he is healthy and young, and that he will be able to recover.

“The veterinarians who cared for him knew that he would go on to live a long and healthy life on three legs,” Priestley wrote in the release.

Spooky will spend the next few weeks recovering before he is put up for adoption.

Residents can also visit the branch at 1668 Ryan Road East.