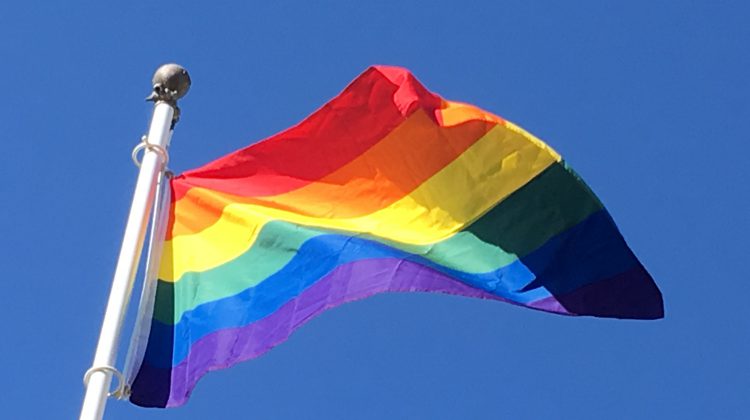 A photo of a Pride Flag taken in the summer of 2018. The Comox Valley RCMP has launched the Safe Place Program, which provide a place for victims or witnesses of crimes involving the LGBTQ community to call police and wait for officers to arrive. (stock photo)

According to a report from the North Island Gazette, Port Hardy Council approved a proclamation from Mayor Dennis Dugas to hold a Pride Day on Aug. 17.

The Gazette reported that the proclamation will be passed and thus come into effect, once it was edited for spelling and grammar.

The proclamation on council’s May 14 agenda read:

“Whereas; Pride celebrations contribute to a more inclusive and safe community for LGBTQ+ identifying individuals.

Whereas; Port Hardy Pride exists to foster safety and inclusion for Lesbian, Gay, Bi-Sexual, Trans/Gender Non-Conforming, Two-Spirit and other GSM identifying people in Port Hardy through events, education and advocacy.

Whereas; LGBTQ+ individuals contribute significantly to the economic and social development of the District of Port Hardy and the broader Mount Waddington Region.

Whereas; the pride flag exists as a universal symbol of the diversity and vibrancy of the LGBTQ+ community and shall be raised at the Municipal office on Pride Day to respect and honour Port Hardy’s LGBTQ+ community.

Whereas; Indigenous cultures locally and across Canada have historically recognized and respected a breadth of gender and sexual identities which colonization attempted to restrict and destroy. Respect and appreciation for Two-Spirit people is considered an act of reconciliation.

I, Dennis Dugas, Mayor of the District of Port Hardy, do hereby proclaim August 17, 2019 as the first annual Port Hardy Pride Day and encourage all members of the community to take note of, support and participate in this celebration.”

The MyTriportNews.com newsroom has reached out to for the district for comment.