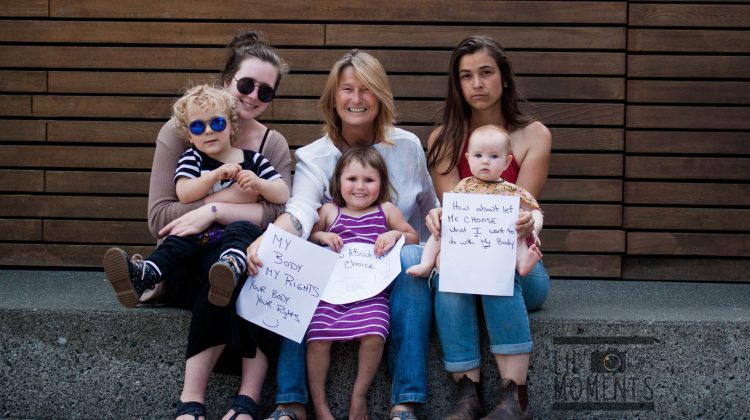 Stolting was out on the streets of Courtenay Saturday taking photos and rallying for woman’s rights, in light of recent abortion laws that were introduced in the U.S.

She said it felt like the best way to voice the opinion that many people share on the matter.

“I couldn’t think of any other way for me to channel that anger in a productive way then to get the community together, than take some pictures, and really just tell the story of woman and why we shouldn’t even be having this discussion anymore,” said Stolting.

Stolting added that she was happy to see everyone who came out to show support.

“I really wanted to get out there and let people see, and get the conversation going.”

“Once you get enough people talking about it, and you gather everybody up who’s on the same team as you, you have a much stronger voice to shutdown the main issue,” Stolting noted.

She also said that these rallies are a peaceful, but important way to show support for woman.

Another photo shoot and rally is planned for Tuesday, but Stolting says the location wont be revealed until Monday, to deter those who don’t support the views they plan to represent.