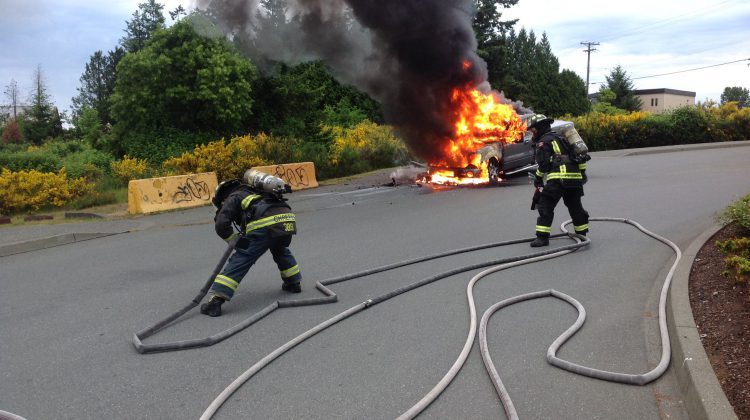 COMOX, B.C – Fire crews were called to the TD bank parking lot near Guthrie road early this morning, after reports came in for a vehicle on fire.

Around 6:50 a.m crews were called to the scene, and on arrival they noticed a grey Ford on fire.

Comox Fire Rescue captain, Pascal Lafreniere said that no one was hurt and the fire was put out rather quickly.

He added that the cause of the fire is undetermined at this time.